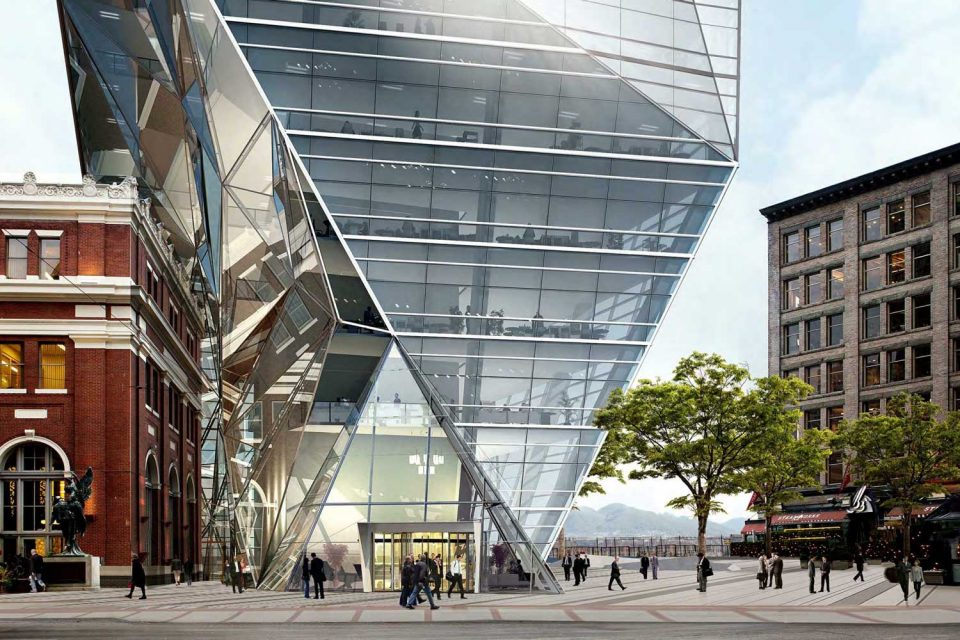 A new proposal for an office tower at 555 West Cordova, sandwiched in between Waterfront Station and The Landing, is expected to go before the Vancouver Heritage Commission next week.

A previous proposal in 2015 (pictured) for a 26-storey office tower was panned by many as too overbearing, especially in its relationship to the historic CPR Waterfront Station.

A new design is expected to be revealed next week, but here’s what we know so far:

A key aspect of the new proposal will be how the development responds to the existing historic context, and the proximity of two significant heritage buildings.