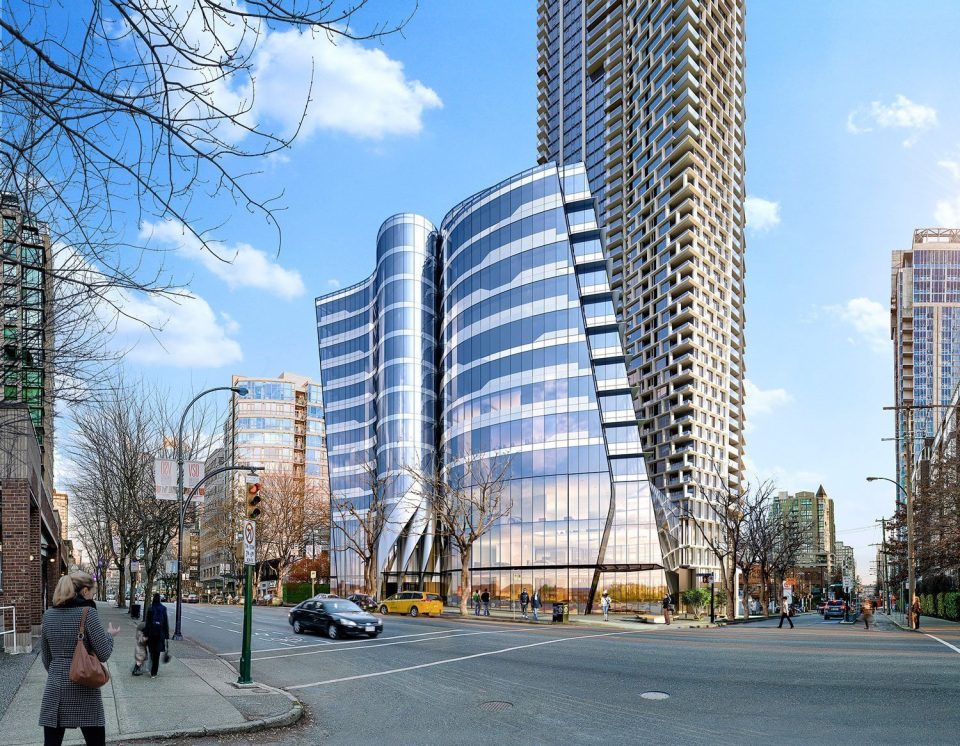 Reliance Properties has broken ground on The Offices at Burrard Place —a 13-storey, AAA office building designed by the late architect Bing Thom.

The 150,000 sq ft. office building is part of the $500 million Burrard Place development, the largest project currently underway in downtown Vancouver. The development also includes two residential high-rise towers, one of which will be Vancouver’s third-tallest building.

The office building is the first that Reliance Properties is building from the ground up in its 50-year history, and the company is proceeding without pre-leasing the space — in response to record-high demand.

“Space to meet the growth projections of large companies currently doesn’t exist in Vancouver. This is an era when developers like Reliance can build offices without any prelease agreements,” said said Jon Stovell, president and CEO of Reliance Properties.

According to Colliers International, Vancouver’s office vacancy rate is the second lowest in North America at 5.2 per cent, with rents having increased nearly 20 per cent in the past year.

“Large companies have an extremely limited number of options. An average tenant in the downtown core looks for approximately 5,000 to 6,000 square feet of office space, but today’s demand is driven by tenants looking for multiple floors, with some needing as much as 150,000 square feet,” said Maury Dubuque, managing director of Colliers Vancouver, and leasing brokerage for the Offices at Burrard Place.

The office building will open in early 2020.