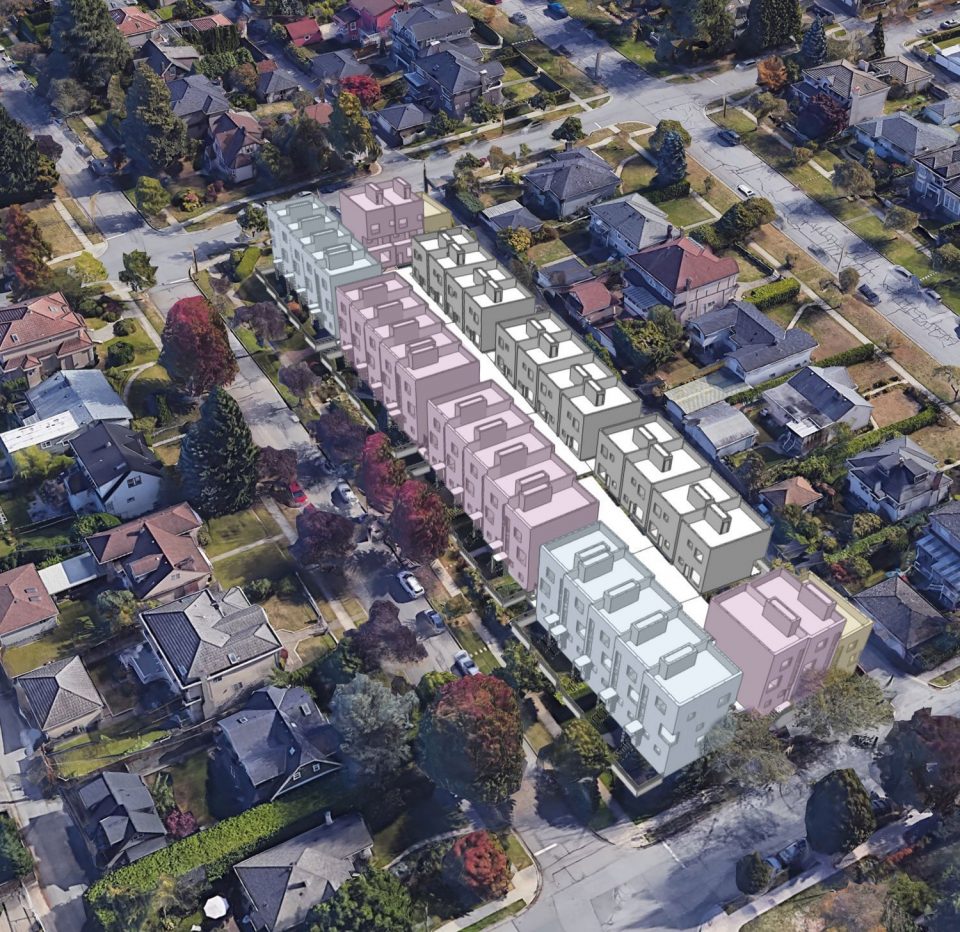 A Cambie Corridor townhouse project comprising a one-half of a city block is moving forward.

The architect is Simcic Uhrich Architects of Vancouver.

The unit mix is as follows:

All units are accessed either directly from the street, or have their main entrances at the courtyard via a private patio. The courtyard can be accessed by three entrances along West 28th, entrances at both Ash and Heather Street as well as two connections via the laneway.

There will be one level of underground parking with 63 parking spaces, accessed from the laneway.

The property was rezoned through the Cambie Corridor Plan, which identified 1,100 single-family lots for future townhouses, creating up to 8,200 units.

The city says that by 2041, the Cambie Corridor’s population is anticipated to more than double, with over 30,000 new homes, making it the biggest growth area outside of downtown Vancouver.

The Cambie Corridor plan calls for new family-oriented housing opportunities, in the form of townhouses, to be introduced in transition areas surrounding Cambie Street and other large sites. In the future, townhouse uses up to three storeys are anticipated in the surrounding blocks along West 26th and West 33rd between Cambie and Oak streets.