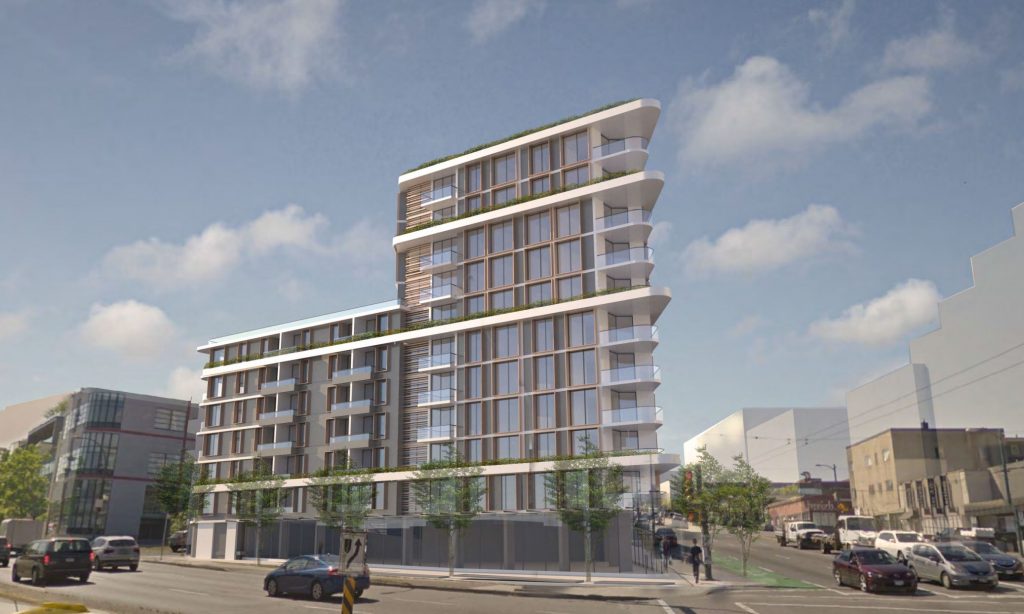 A unique watering hole in Mount Pleasant could be replaced by a mixed-use retail and rental apartment building.

The Narrow Lounge, best known for its “secret” entrance marked only by a red light, will be torn down to make way for a new 11-storey building. The rezoning application is currently before the city and is likely to be approved.

Cressey is proposing two retail units at grade, one of which will be a restaurant, and 131 rental apartments above. There will be 34 studios, 51 1-bedroom, 36 2-bedroom and 10 3-bedroom units. Architects are Francl Architecture.

While new rental apartments are definitely welcome in the area, the loss of another Main Street bar is unfortunate. Earlier this year, it was announced The Brickhouse in Chinatown would be torn down to make way for a new condo development. Closer to the Narrow, The Foundation recently closed, with the owners blaming rising rents for the closure.

According to an interview the owner of The Foundation did with the CBC before it closed, the building has a demolition clause on it.

Across the street from the Narrow, Aquilini Development owns the block between East 2nd and East 3rd Avenues, currently home to Maynards. That building has already been approved, and will have 253 units.

Interest by developers in the area is intense after the success of the nearby Olympic Village, and further proposals are likely to result in more changes coming to the area. The area is home to several art organizations and spaces, including Vancouver Art and Leisure.