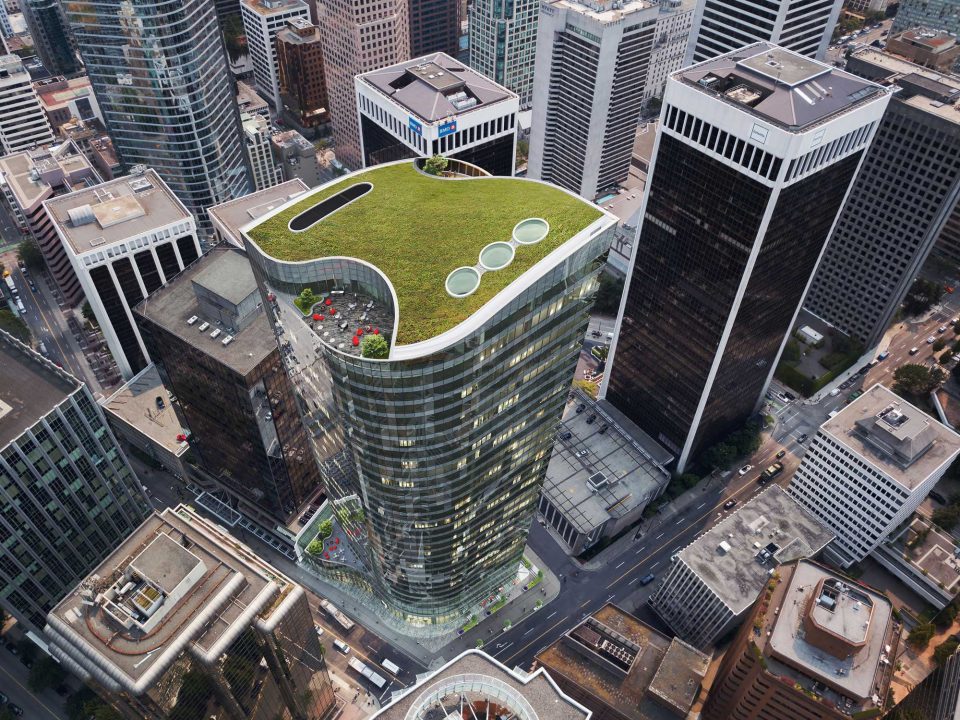 New renderings have been released of an upcoming 31-storey office tower at 1090 West Pender Street.

Bentall Kennedy is behind plans for the 777,500 sq ft. office tower, which will include a three-storey retail podium and underground parking.

Tenants of the new tower will enjoy several outdoor amenity spaces, with two private rooftop terraces at the top of the tower, as well as a large rooftop terrace atop the podium.

The original rezoning application for the project was submitted in 2013, with the tower design evolving significantly since then.

Real estate investment firm JLL reports the vacancy rate for office space in Metro Vancouver continues to shrink — down from 11.8 per cent in 2015 to 6.4 per cent in Q4 2018.

In downtown Vancouver specifically, the vacancy rate is a mere 4.1 per cent — one of the lowest office vacancy rates anywhere in Canada or the United States.