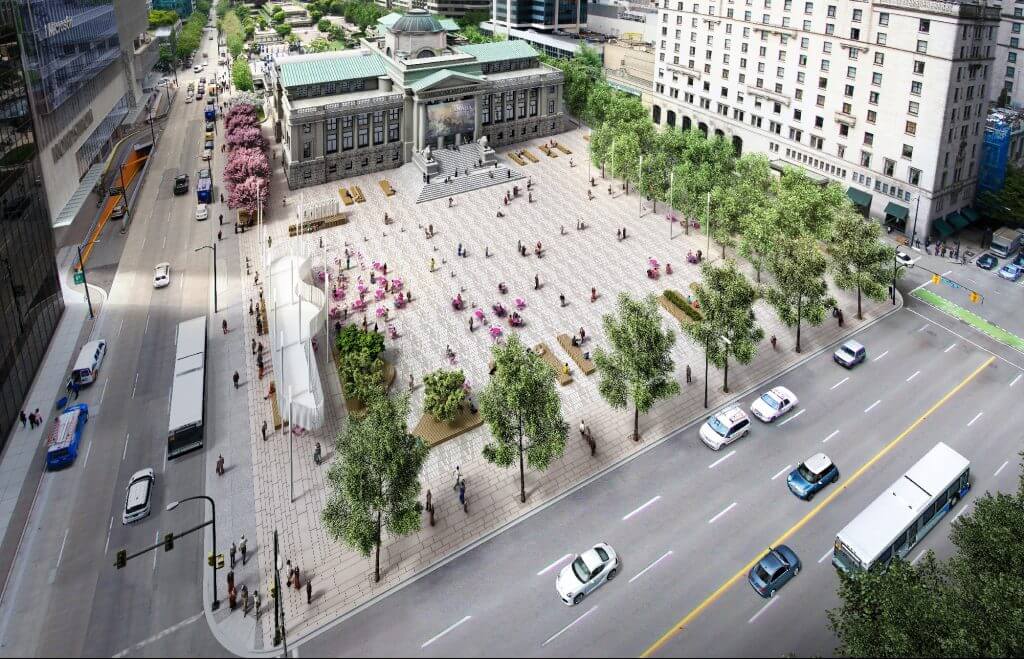 It’s been years in the making, but it looks like the revamping of the plaza outside the Vancouver Art Gallery is going forward.

The art gallery plaza has seen better days, currently home to an old fountain with broken tiles and bark mulch spread over the unpaved areas. It isn’t exactly the most inviting space, although it will play host to the annual 4/20 celebration in less than two weeks.

The design team for the revamped art gallery plaza is being led by Vancouver-based Nick Milkovich Architects, along with Hapa Collaborative and Matthew Soules Architecture.

The City of Vancouver first held an open house back in 2013 to present three concepts for the plaza. Based on that feedback, the concept was narrowed down to the proposal you see below:

The new plaza will also feature a unique “shelter” structure for wet weather, and it will also serve as a bus stop on Howe Street.

Landscape architects have even thought about the paving stones and tiles and how they will look in Vancouver’s famously wet winter weather as you can see in the graphic below. Construction on the revamped plaza is expected to begin later this Spring.