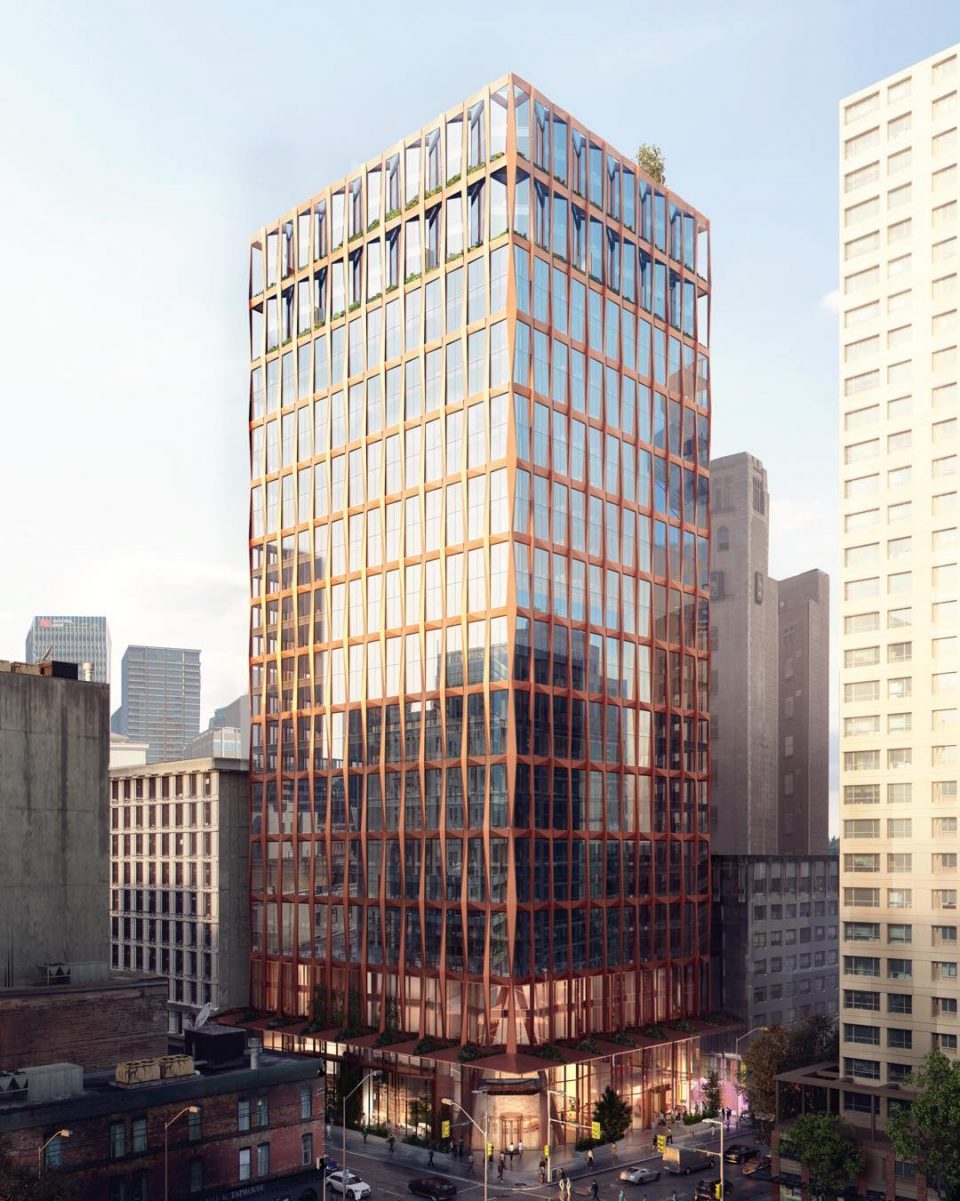 The office space construction boom in downtown Vancouver continues at a rapid clip, and now plans have been revealed for a new office tower at West Pender and Seymour.

Reliance Properties is behind plans for AAA office tower at 601 West Pender Street, on the site of a parkade.

It will feature a unique window and façade system, as well as a rooftop amenity for office tenants.

The new tower is designed by New York-based Kohn Pedersen Fox (KPF) Architects, who are increasingly working in the Metro Vancouver market. The firm is also behind the design for Anthem’s upcoming residential tower on West Georgia Street in Coal Harbour.