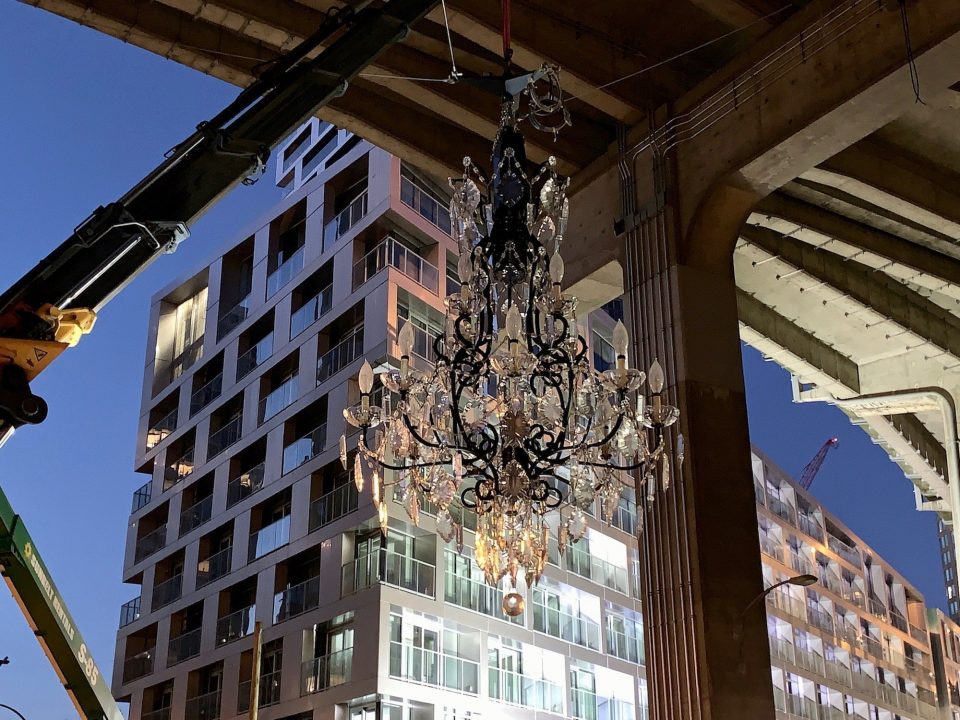 A massive crystal chandelier, suspended under the Granville Street Bridge, has been officially unveiled.

Crews used a small crane to lift the chandelier into place under the bridge deck at Beach Avenue and Granville Street, next to the Vancouver House development.

It weighs over 7,500 lbs. and is constructed of stainless steel, LED lighting and over 600 polyurethane crystals. Design and manufacturing stretched over three years.

It’s also called Spinning Chandelier for a reason — twice per day, the chandelier will descend, spinning rapidly before it ascends back to its starting point.

The chandelier public art is the first piece of the public realm in and around the Vancouver House development to be unveiled, which will include a new London Drugs, Fresh St. Market grocer, and more. There are also new, pedestrian-friendly areas under the bridge.