The exhibition runs until May 21, 2017 in the lobby of Nelson Square at 808 Nelson Street (corner of Nelson and Howe) in downtown Vancouver.

Admission is free, and there are three large figures on the plaza outside, as well as many smaller figures inside.

“Tian Tian Xiang Shang” (make progress everyday) is a Chinese proverb that Mao Zedong once said to motivate children to work hard. The proverb appeared on the front gate of primary schools during the 1950s.

Yung says his exhibition grew out of concern for the education system, which he believed was lacking creativity and discourse.

The exhibition will change regularly, so visitors can expect a different collection of figures each time. 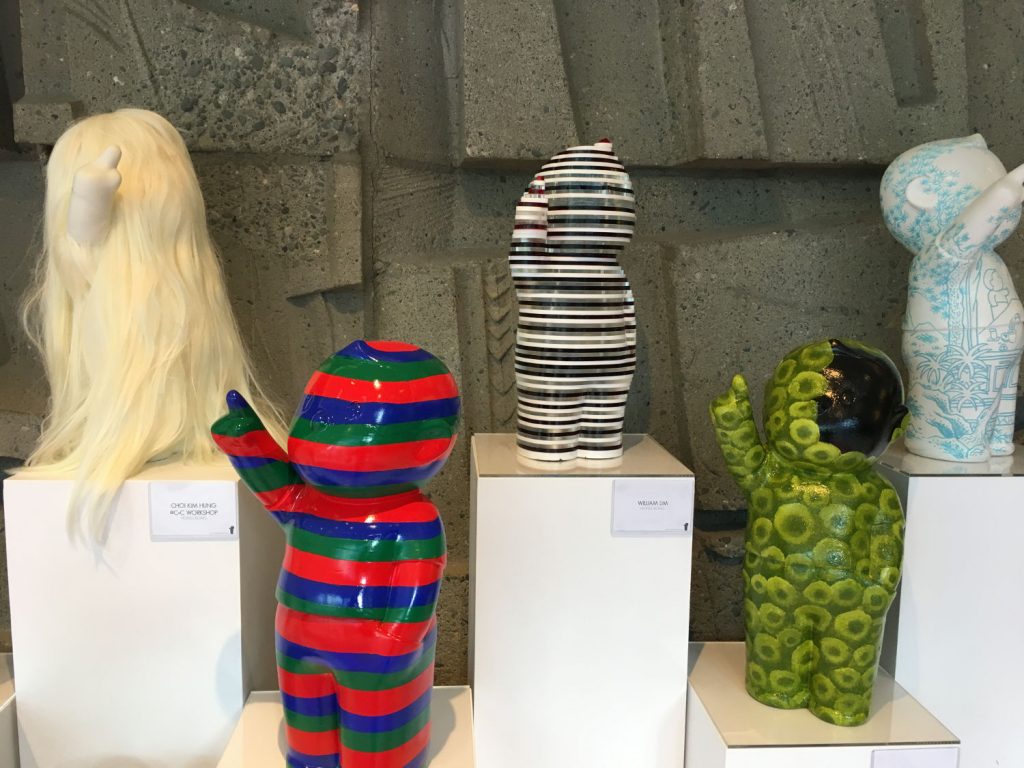 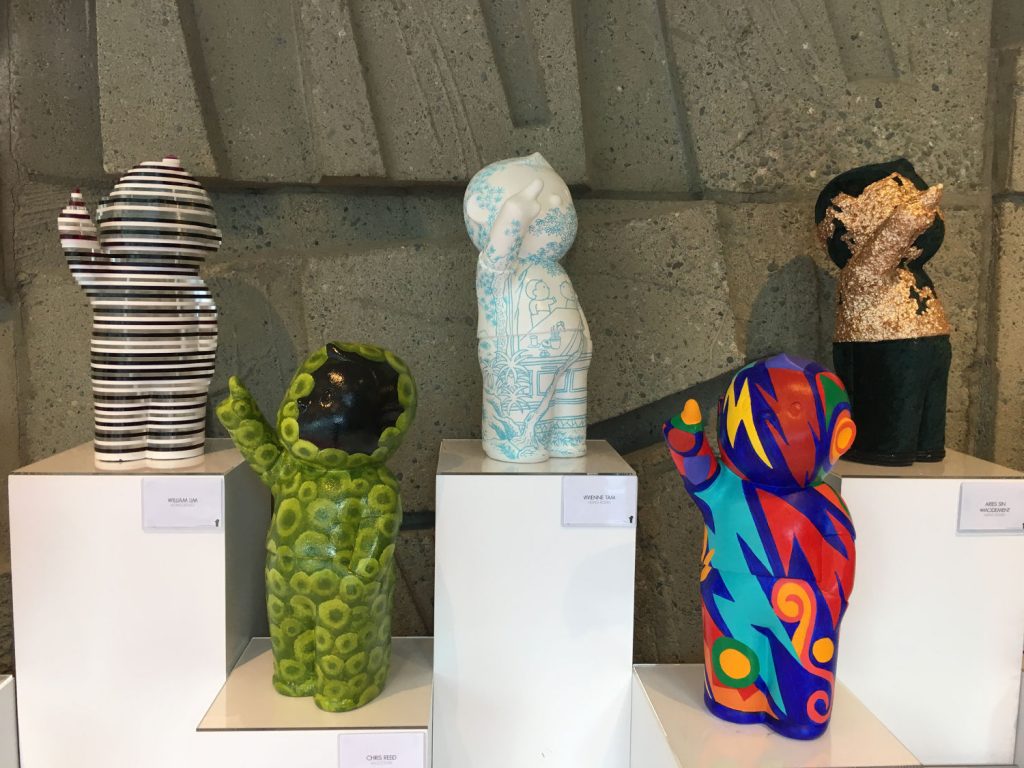 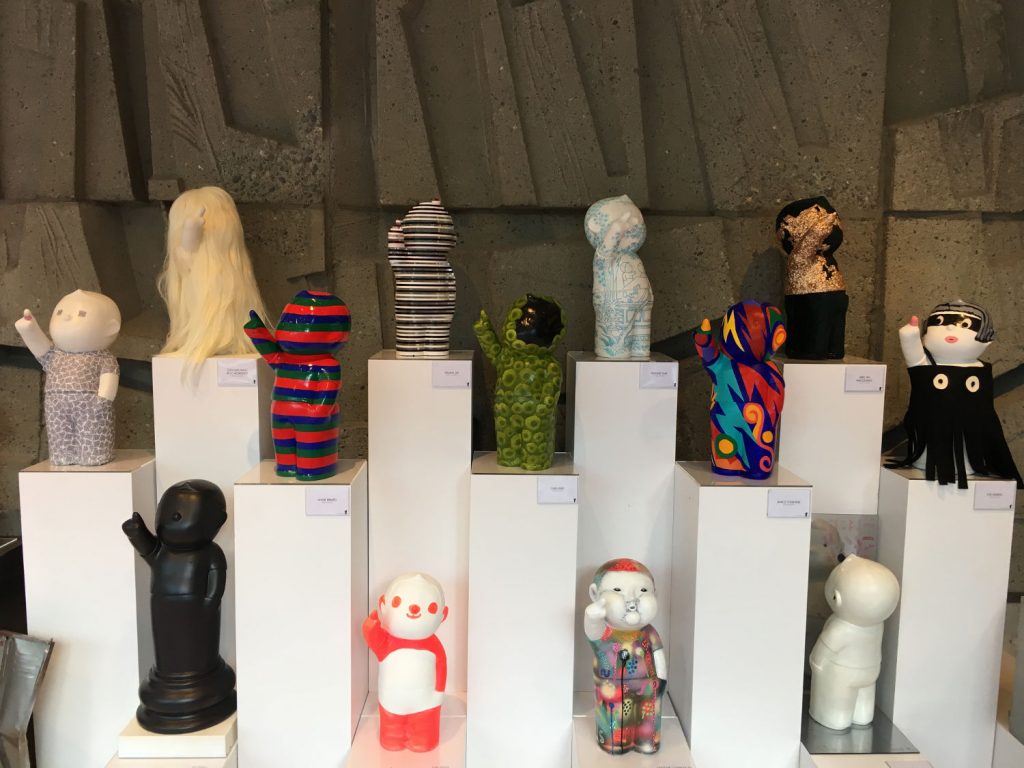 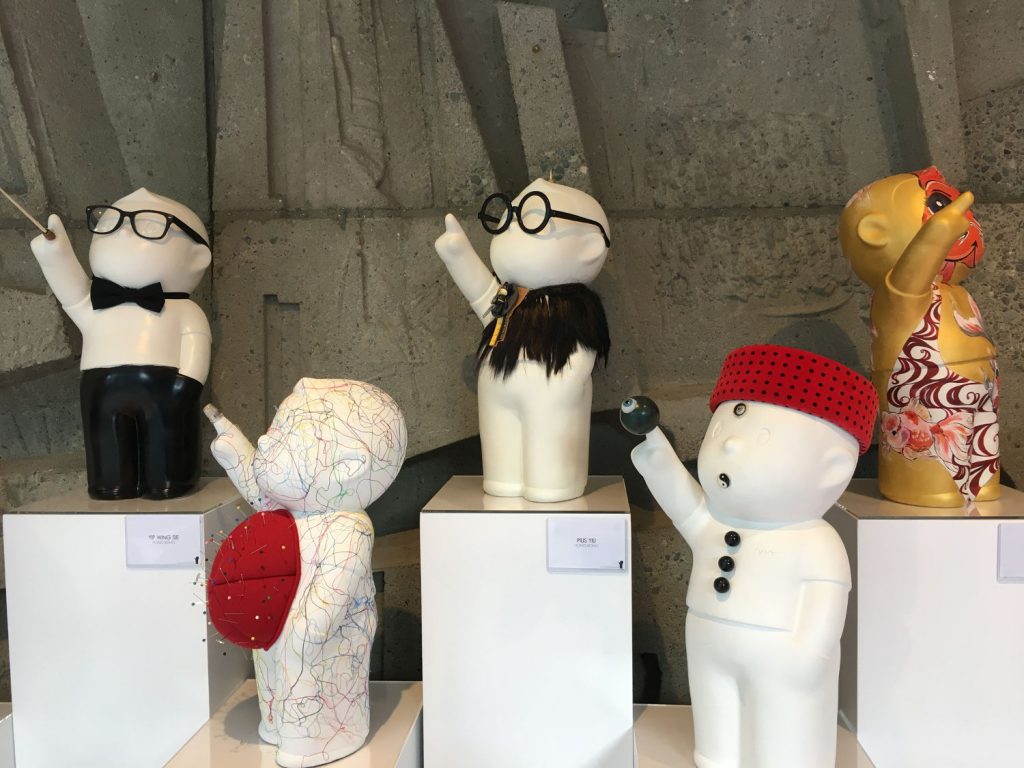 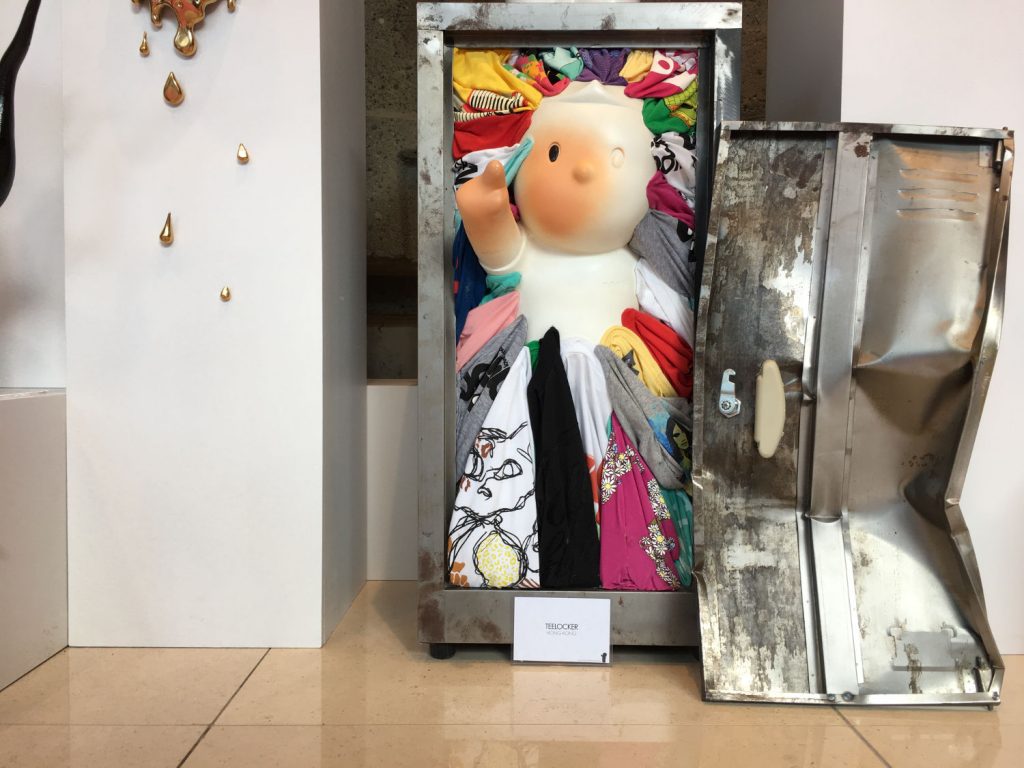 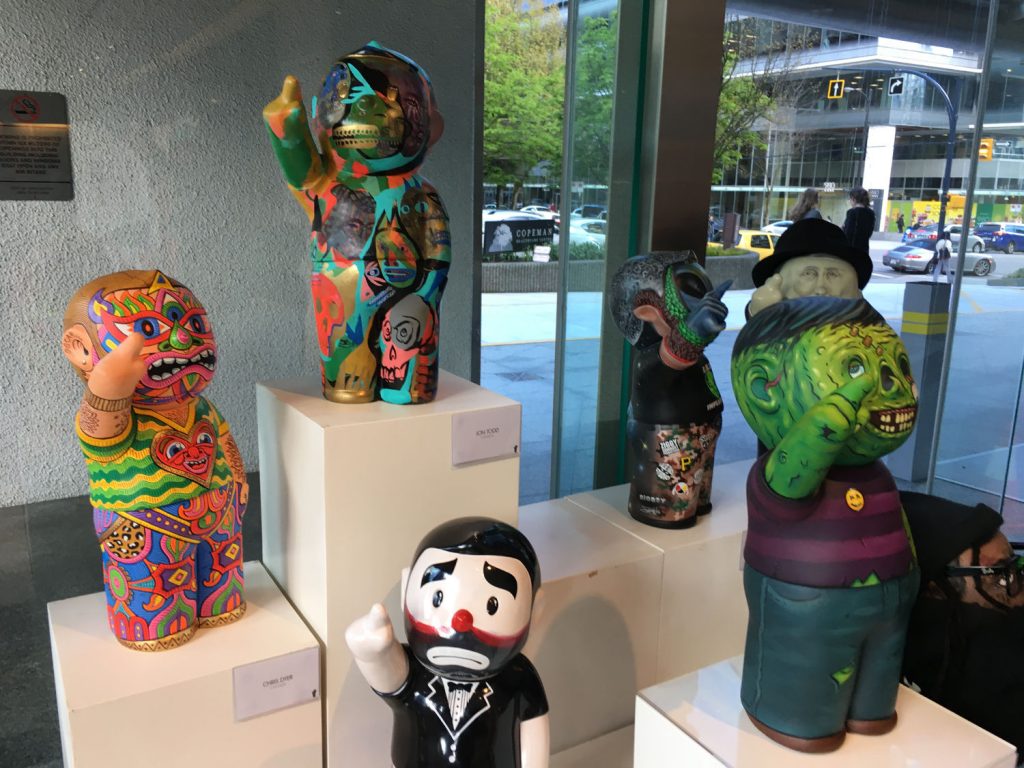 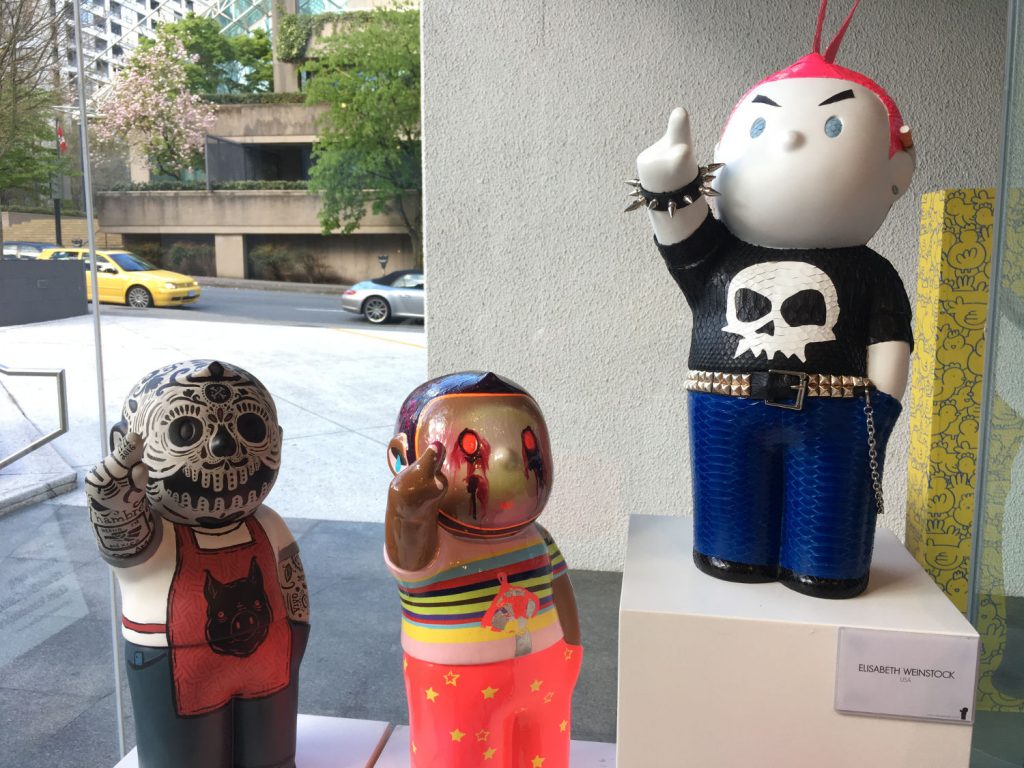 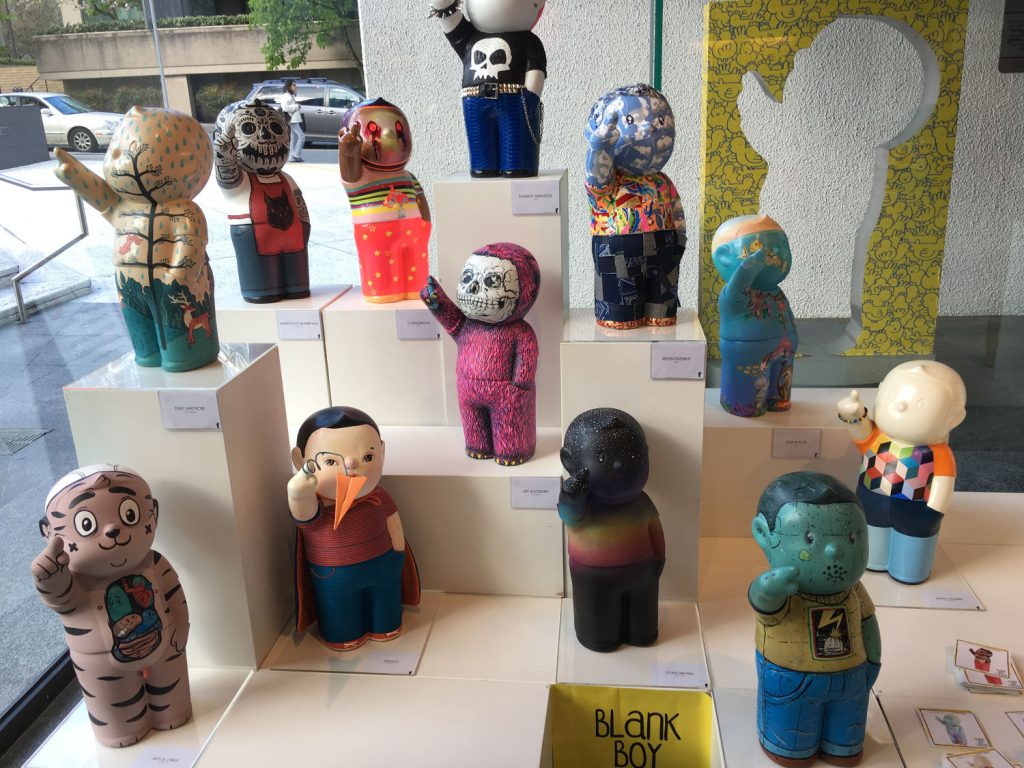 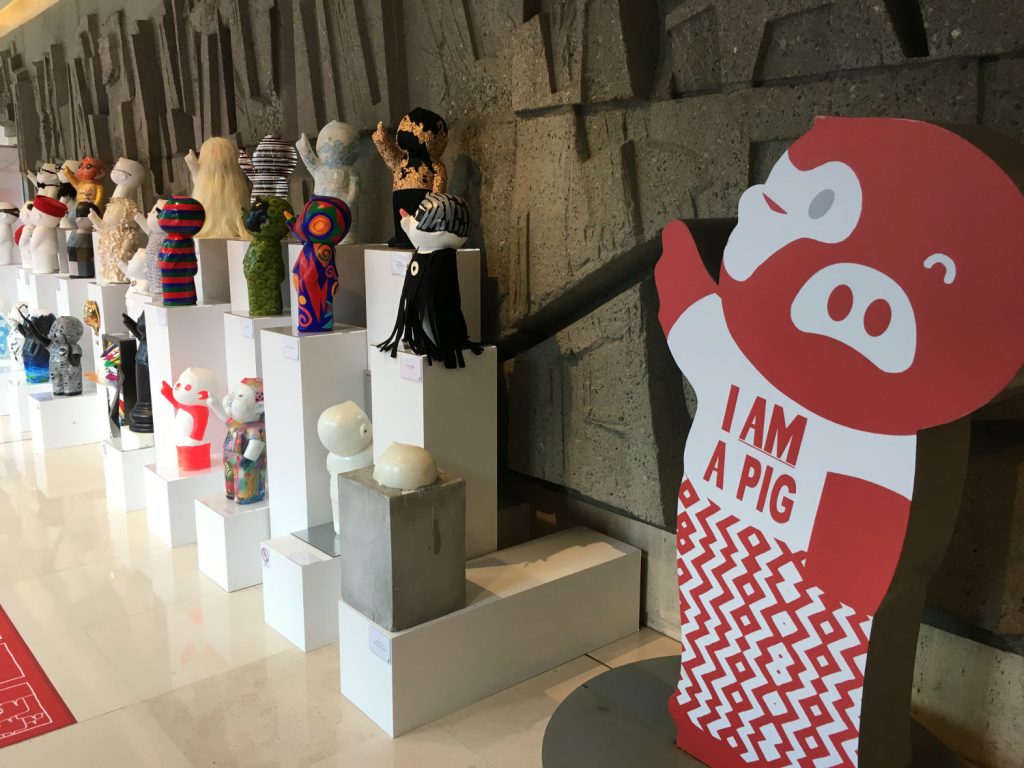