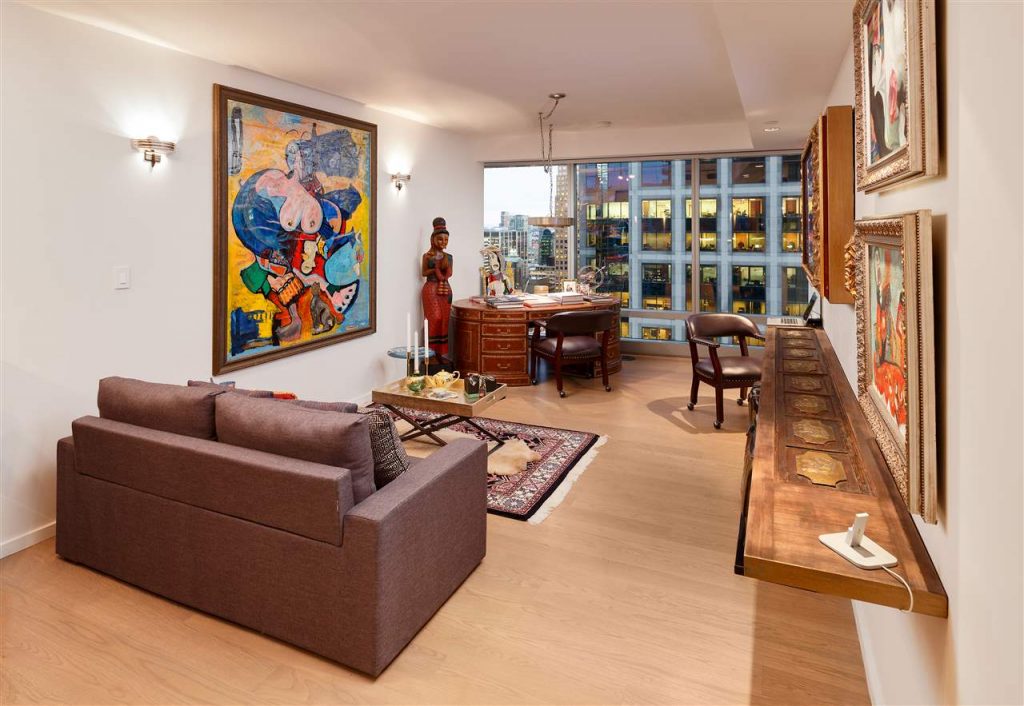 Despite the controversy surrounding Donald Trump’s comments during his presidential campaign, one bedroom units at Vancouver’s Trump Tower are now hitting the market at almost twice their original purchase price.

The 63 storey building is one of the tallest buildings on Vancouver’s skyline and was designed by architect Arthur Erickson. It features 290 residential units atop 187 hotel rooms.

When the building was first marketed in 2013, the developer, Holborn, likely never anticipated the negative publicity that would come to be associated with the Trump name.

Vancouver Mayor Gregor Robertson even tried to get the Trump name removed from the building, writing a letter to the developer in 2015.

Despite the controversy around Donald Trump’s name, and the uncertain Vancouver real estate market — with the Real Estate Board of Greater Vancouver predicting price declines in 2017 — there are several one bedroom units listed in the building for over one million dollars.

That hasn’t stopped one seller from attempting to get $1,398,000 for their one bedroom, 699 square foot unit, nearly double what it was originally purchased for. Listing here.

That’s almost $2,000 per square foot for a unit that looks directly into an adjacent office building.

If you’re looking to save some money, a similar unit of the same size is up for rent for $2,750 on Craigslist.

The listing for the $1.398 million one bedroom reads: “Luxury meets functionality. Spacious one bedroom at Trump Tower Vancouver built for an executive live/work lifestyle. Grandiose interior featuring top of the line Arclinea chef’s kitchen, Gessi fixtures, Gaggenau kitchen appliances, AEG range hood, and BOSCH washer/dryer. Enjoy exclusive access to hotel services and amenities without stepping out the lobby. While the around the clock concierge service take care of all your needs. Walk out and you will be in the heart of vibrant downtown surrounded by high-end retail shops and the best restaurants Vancouver has to offer. Or better yet, in the blink of an eye you will be in the slopes enjoying a well-earned staycation. Live the extravagant life without the hassles. Open House every Thurs 5-7:30 pm, Sat Dec 10th 2-4 pm.”

Since this post was originally published last week, another one bedroom over $1 million has gone up for sale in the Trump Tower. #6301 is a one bedroom, two bathroom unit, measuring 847 square feet and is listed for $1,990,000. The units were originally sold as junior two bedroom units but are in reality, large one bedroom and den apartments.

The view is definitely nicer than the first one bedroom unit, and there is an extra bathroom, but you are still looking directly into the Shangri-La at one angle.

Take a look inside a 1,600 square feet, four bedroom unit on the 52nd floor, currently listed at $4.2 million:

The views are pretty incredible, from English Bay, to the Lions Gate Bridge and Coal Harbour.