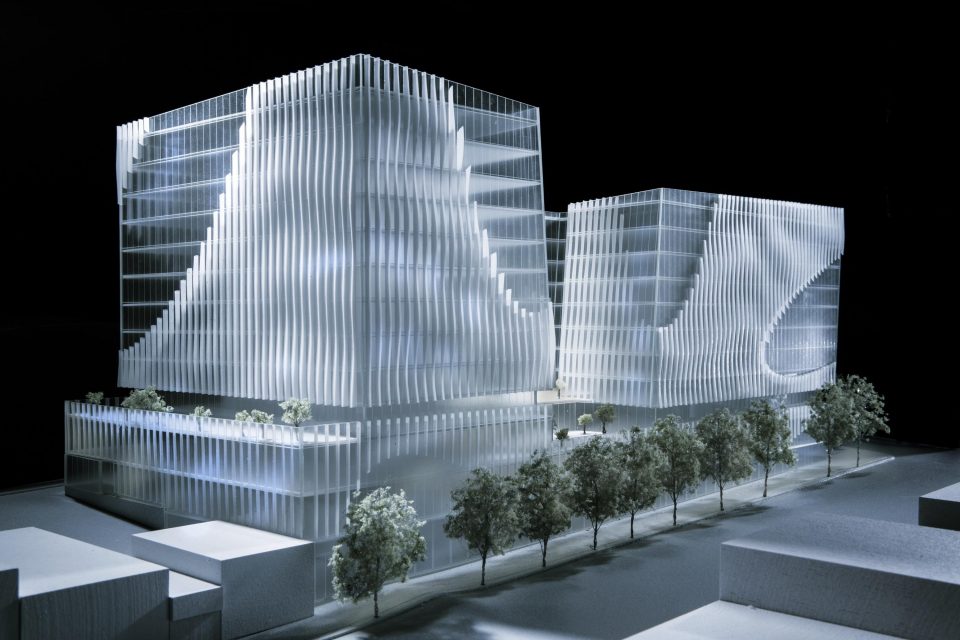 A dramatic redevelopment of the existing Park Inn on West Broadway, designed by Arno Matis Architecture, is seeking approval from the city.

888 West Broadway will replace the existing hotel with two buildings, an eight-storey west block with 258 traditional hotel rooms, and a 10-storey east block with 180 long-term stay hotel rooms with kitchenettes. Both blocks will be atop a three-storey podium with ground floor retail and hotel amenities.