The development, designed by Vancouver-based Arno Matis Architecture, is inspired by the formations of metamorphic rock in nearby Queen Elizabeth Park.

The upcoming building at 4338-4362 Cambie Street will include 68 strata condominium units, including six townhouses on the laneway.

There will be 68 underground parking spaces and 129 Class A bicycle spaces.

Materials on the project include extensive use of concrete, steel and glass.

Several large trees on the Cambie Heritage Boulevard surround the site, and helped shape the building form, according to the architects.

“The massing is pushed and pulled around this foliage to create a residual form that pays homage to the neighbourhood’s unique greenery. Much like metamorphic rock layers that build up a topography over time, the massing of the proposal is divided into a series of clearly defined horizontal layers; sliding to accommodate historic trees and protruding to create residential decks,” reads the design rationale.

Landscaping by Enns Gauthier Landscape Architects will include terraces of low hedges, perennials and shrubs within concrete retaining walls.

The building’s common amenity area will include planters, seating, a children’s play area, dog run, table tennis and an outdoor bar with seating. 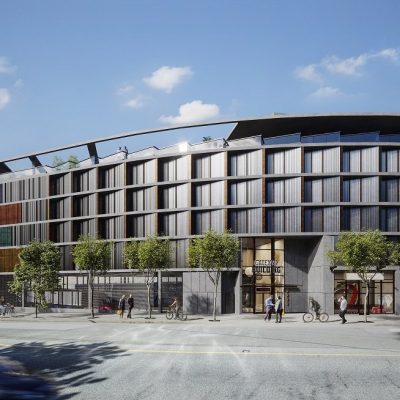 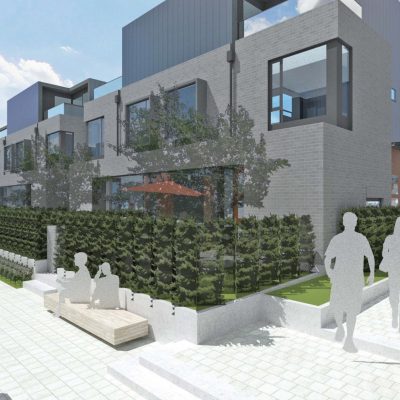 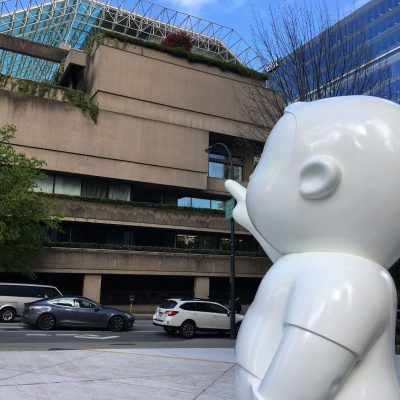 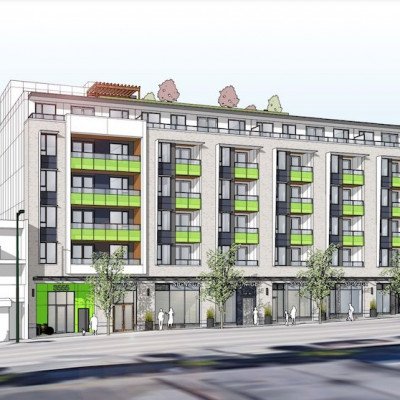 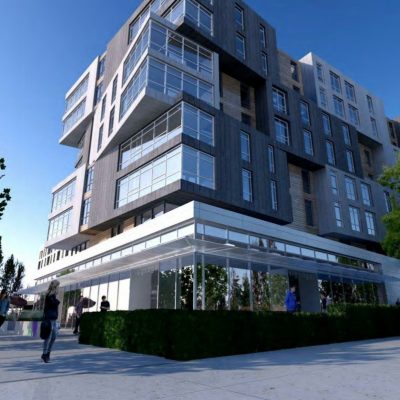 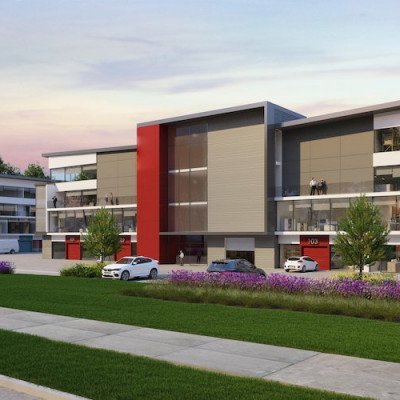