News on parks and public spaces across Metro Vancouver. The City of Vancouver is making increased investments into new parks and enhanced public spaces, including the recently revamped Vancouver Art Gallery north plaza and an upcoming park at Smithe and Richards streets.

New park space is also planned for the upcoming Northeast False Creek neighbourhood, something nearby residents have been waiting decades for, signified by the green balcony lights seen on towers surrounding the Concord Pacific presentation centre. 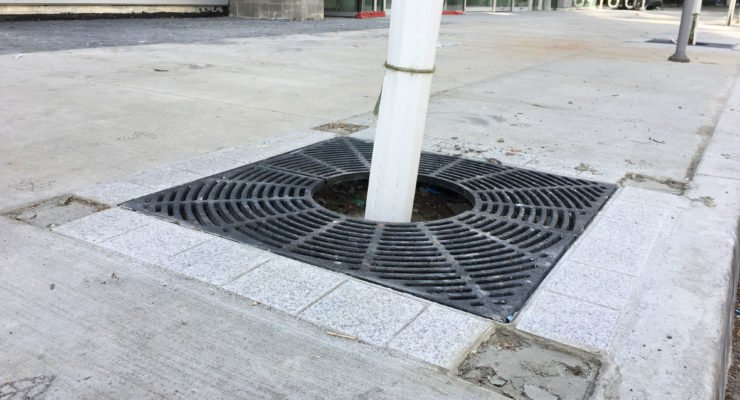 It’s a frustrating site for residents and business owners in downtown Vancouver, and a blight on the streetscape. 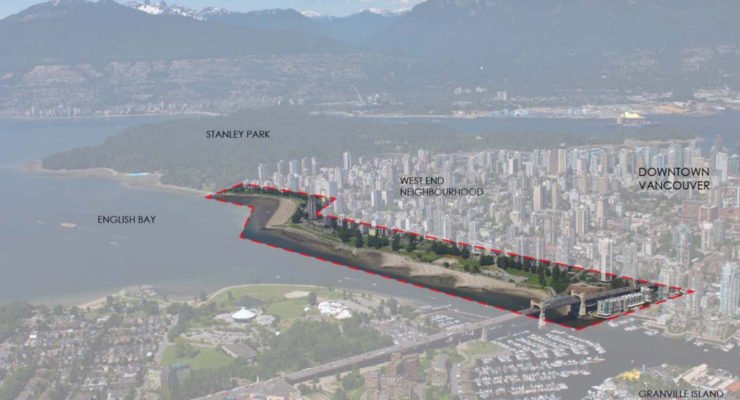 The City of Vancouver is seeking proposals from landscape architecture or urban planning firms to help map the future of the West End waterfront including Sunset Beach and English Bay. 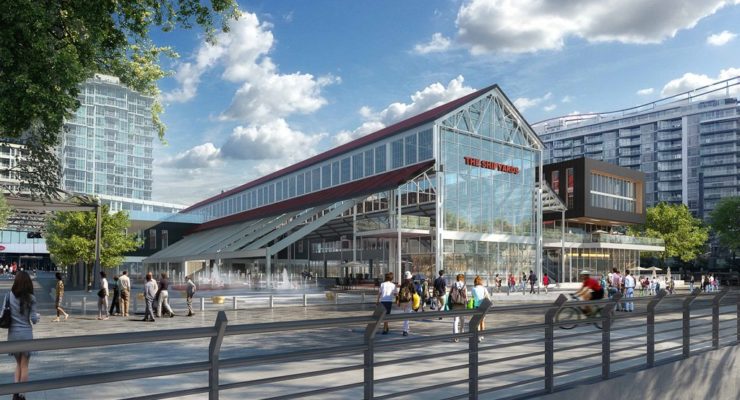 Capilano University announced Tuesday they will open a new branch campus at The Shipyards in Lower Lonsdale in August 2019. 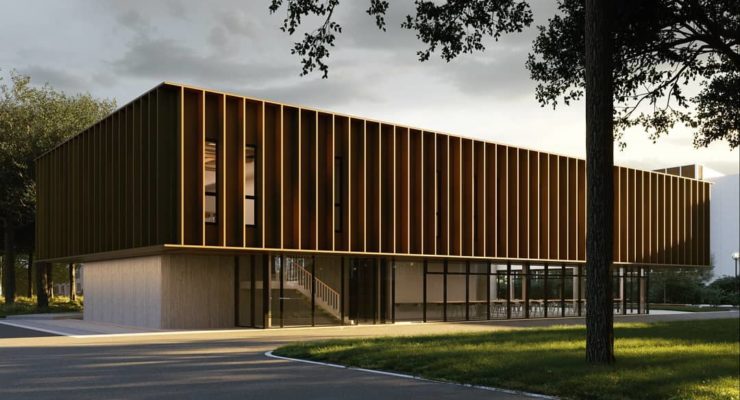 A new UBC Arts Student Centre located in The Bosque is proving controversial with some who do not want to see several pin oak trees cut down. 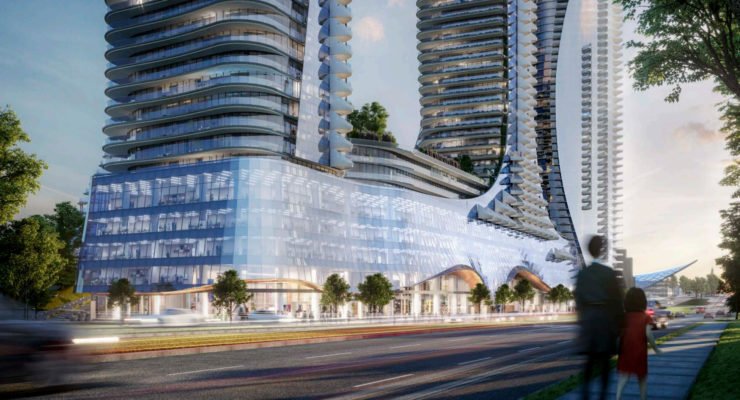 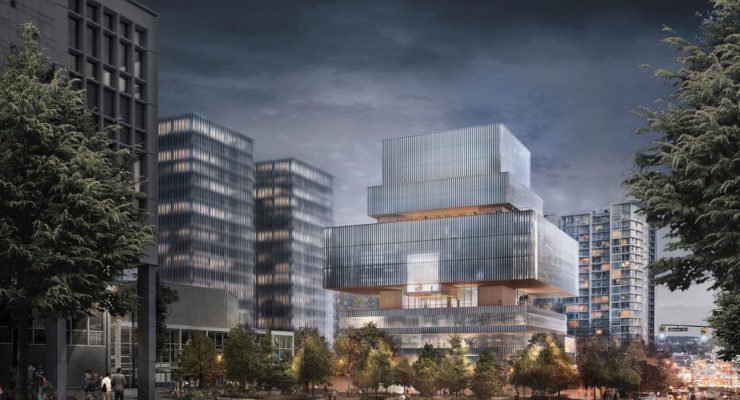 The new Vancouver Art Gallery coming to West Georgia and Cambie Street has a new name, and an updated design after a major funding announcement. 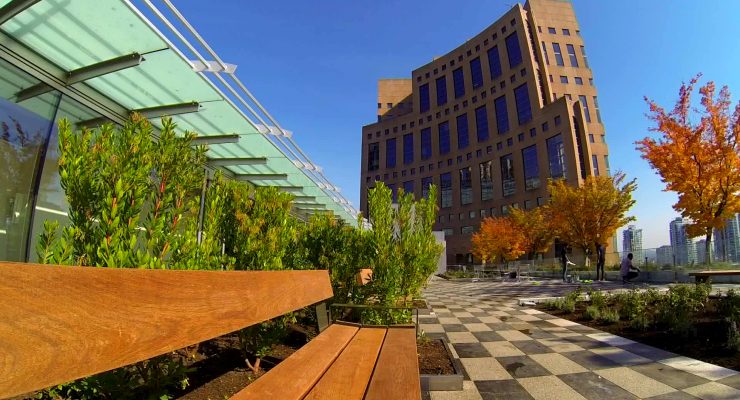 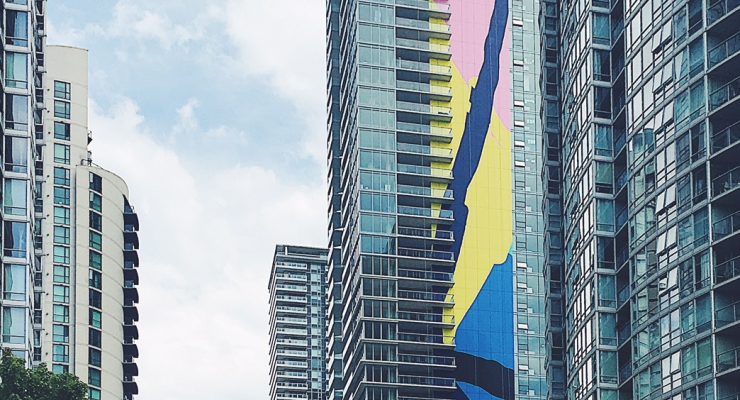 A massive new piece of public art on the side of a new Yaletown condominium tower is making a big impact on the skyline. The bold public artwork is entitled “Finger Paint” by Canadian artist Elizabeth McIntosh, and was revealed on the side of The Charleson by Onni Group, a 43-storey building at Richards and […] 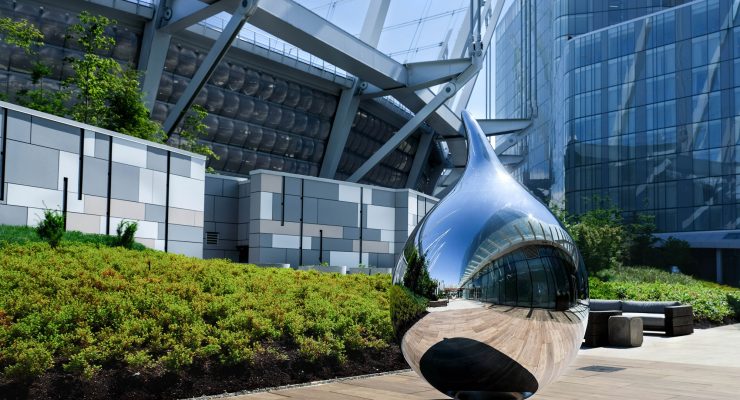 Two monumental outdoor sculptures by world-renowned artist Richard Hudson are on display now at Parq Vancouver. The sculptures, Tear and Love Me, are constructed from mirrored steel, and can be viewed on the patio of the D6 Bar & Lounge at Parq Vancouver, located on the sixth floor. The Vancouver exhibition is significant for Hudson, […] 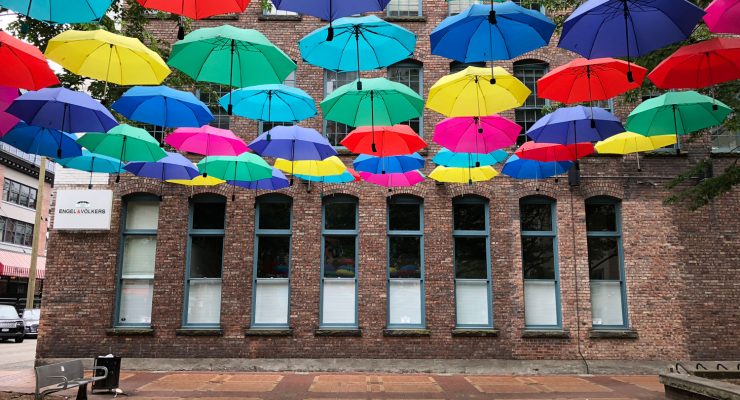 A canopy of colourful umbrellas in a small Yaletown plaza is sure to brighten up a gloomy day. The art installation, called “Underbrella,” was installed by the Yaletown Business Improvement Association in Bill Curtis Square, behind the Canada Line station. The installation will stay up for the summer, and social media users are encouraged to […] 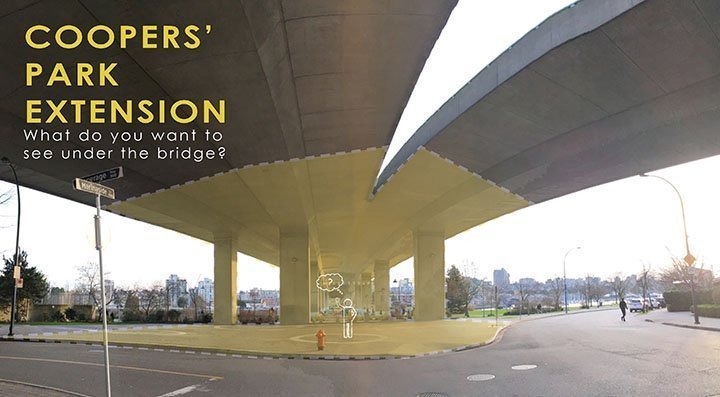 Coopers’ Park on the seawall in Yaletown will be expanding, and the City of Vancouver is seeking residents’ feedback on what they would like to see in an expanded park space. Part of Coopers’ Park is located under the Cambie Street Bridge, alongside Marinaside Crescent. The existing basketball courts and skatepark will remain, but a […] 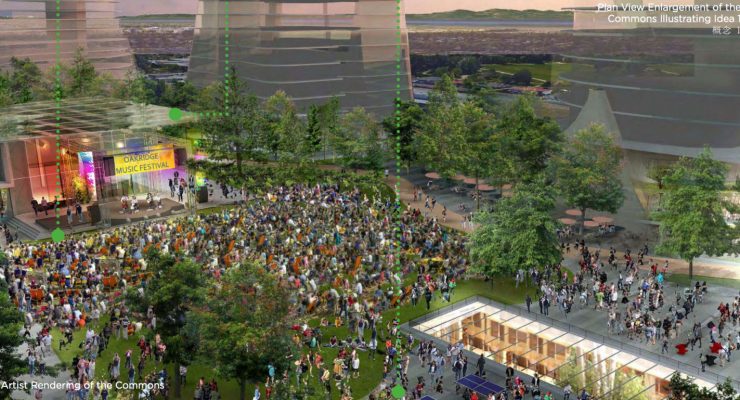 The Vancouver Park Board is seeking public input for a new, nine-acre park at Oakridge Centre. The public park will be located partially on the mall’s rooftop, as well as at ground level. Access to the upper park levels will be by stairs, ramps, escalators and elevators. The vision for the park includes lush plantings […] 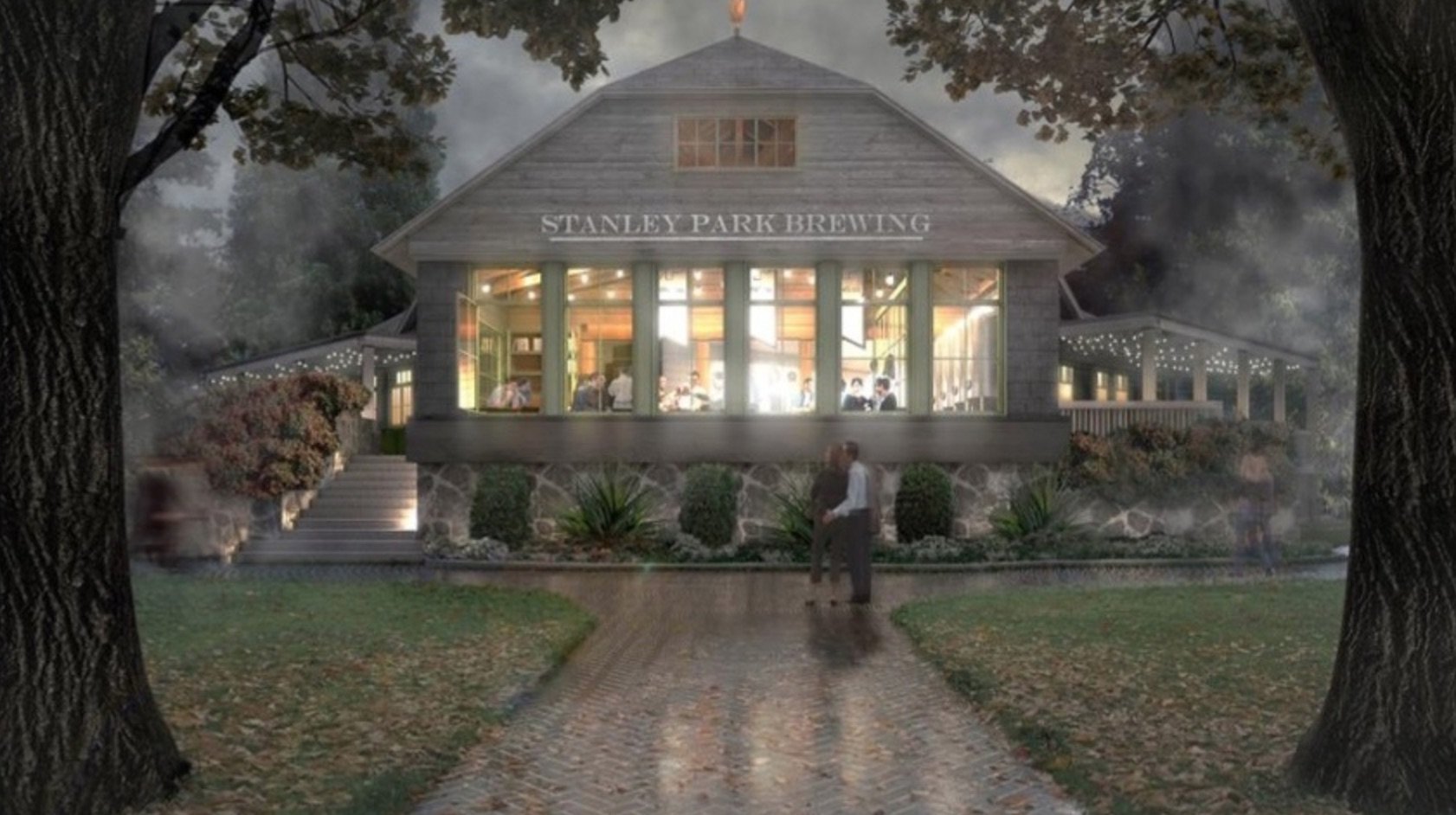 The Vancouver Park Board says it’s confident there will be no risk to a heron colony when the new home of Stanley Park Brewing opens at the former Fish House restaurant later this year. A group of neighbours calling themselves “Stanley Park Advocates” have released a video outlining their top 10 concerns with the brewery, […] 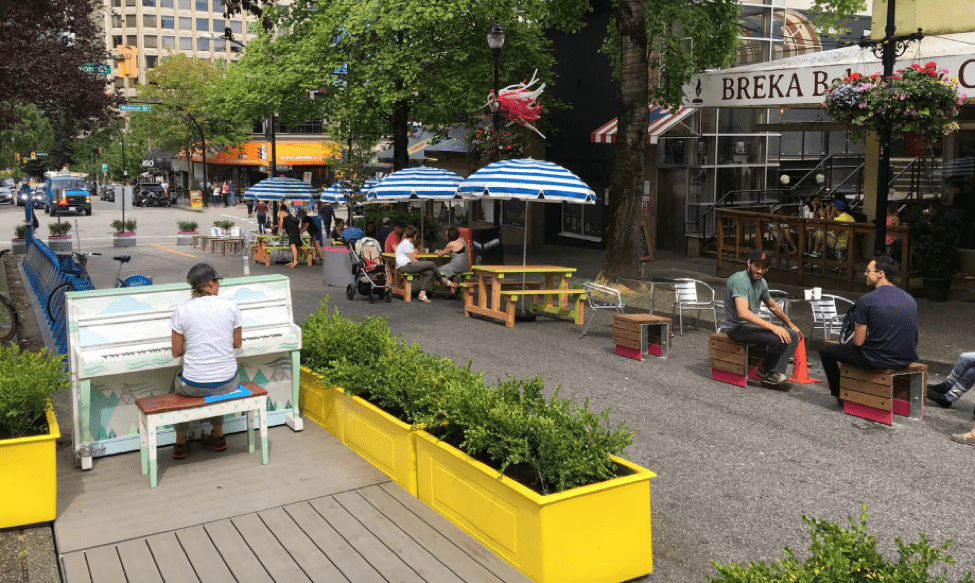 It looks like the West End is about to become even more pedestrian-friendly. After a unanimous vote of approval last week, plans are moving ahead to make the City of Vancouver’s trial plaza at Bute and Robson a permanent fixture in the community. The public space opened as a three-month trial this past July, as […]

The Vancouver Park Board and the city are holding open houses for a new nine-acre park at Cambie Street and West 41st Avenue. The park will be created as part of the redevelopment of Oakridge Centre by QuadReal and Westbank, and will be located partially on the podium roofs of the new towers. There will be […]