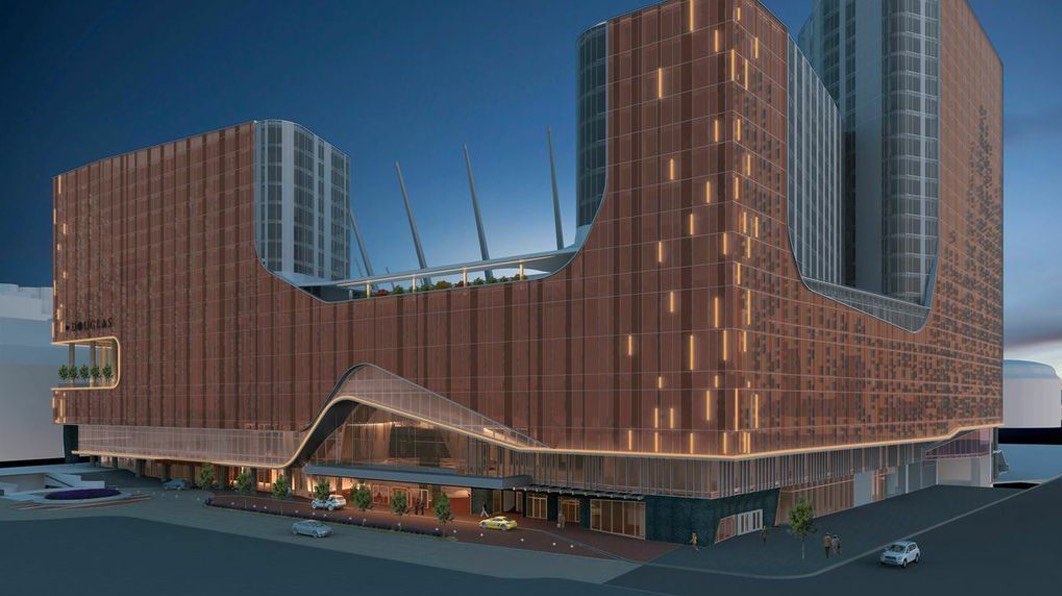 Feeling lucky? The $600 million replacement for aging Edgewater Casino at the Plaza of Nations is well under construction and preparing to welcome gamblers, revellers and hotel guests this Fall.

Parq Vancouver is adjacent to BC Place Stadium and will feature 600 slot machines and 75 table games spread over 75,000 sq ft., making it the largest casino in Western Canada when it opens in the Fall.

Hiring for the thousands of new staff members needed to operate the casino is now underway. Over 1,000 positions, entry level to executive, need to be filled, including at the casino, the two Marriott hotels and the eight restaurant and lounge concepts.

Job fairs will be held at BC Place Gate H at the following times:

The pair revealed that the flagship restaurant at the new casino will be a Chinese fine dining restaurant, similar to Wing Lei at the Wynn, the first Chinese food restaurant in the U.S. to be awarded a Michelin star.

There will also be a market, inspired by the night markets of Singapore, plus a whisky and tea lounge, an artisan coffee bar, and a cocktail lounge.

The Globe and Mail reported in January 2017 that the casino will be home to the following restaurants:

The JW Marriott parq Vancouver will feature “329 exquisite guest rooms; including 44 suites, 3 presidential suites and a striking two-floor villa,” according to the hotel’s website, which is already online.

The Douglas autograph collection hotel, also by Marriott, will feature 188 rooms and suites, connected to an outdoor “parq” on the sixth floor.

It be very interesting to see how the new casino transforms this somewhat forgotten part of downtown. The design is very Vegas, and was criticized during the approval process for its monolithic design and the fact it will block a significant part of the view of BC Place’s LED lighting feature.

Here is the current status of construction as of December 2016:

Demolition begins ahead of construction of West Pender office tower