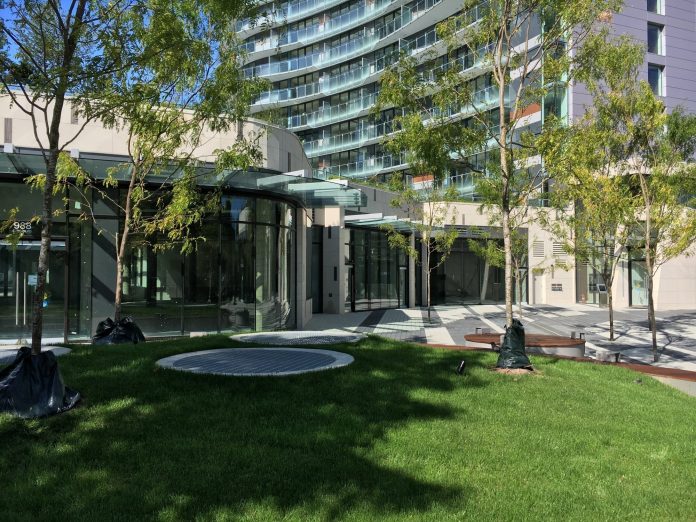 The Arc by Concord Pacific — a uniquely designed, 30-storey tower at the foot of the Cambie Street Bridge — is nearly complete.

The building includes over 500 units, but the showstopper is its unique design, which includes an overhead swimming pool with a glass bottom, suspended 20 storeys in the air.

Architects are Francl Architecture of Vancouver.

There are several retail units at lining Expo Blvd. and Nelson Street. It’s not yet known if any of the spaces have been leased.

The highlight is a large, landscaped public plaza that passes under the “arc” and connects the development to its neighbour, One Pacific, on the other side of the Cambie Street Bridge. 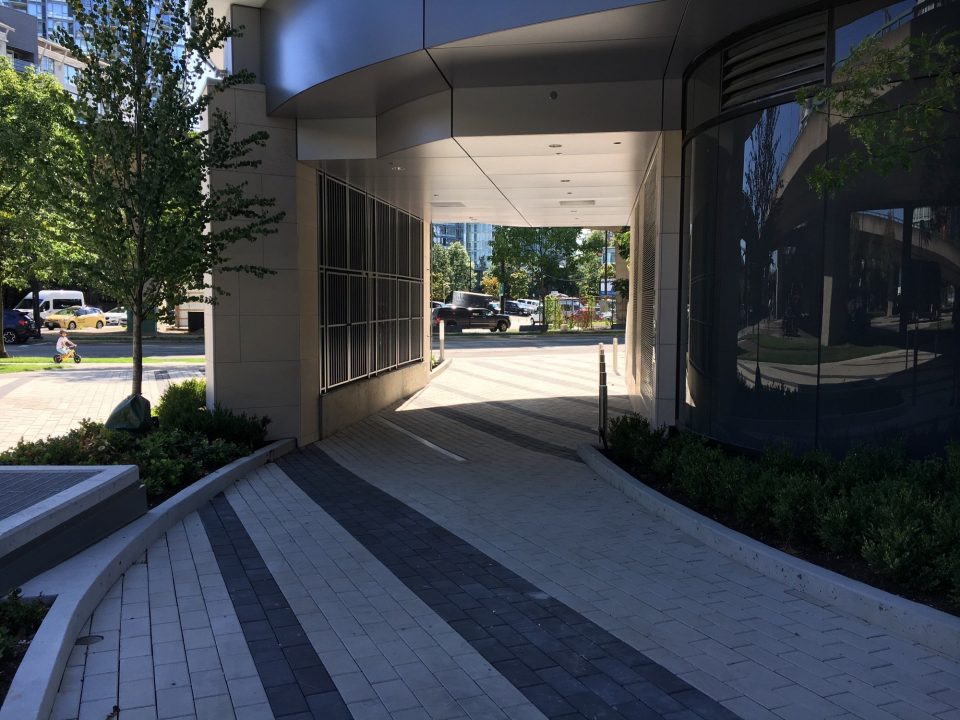 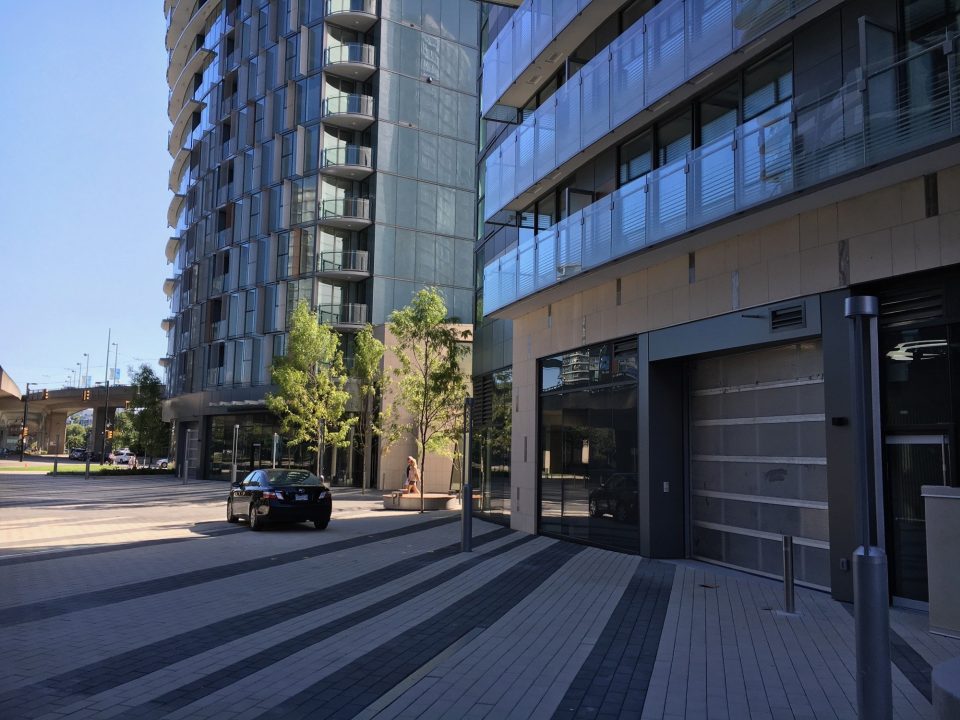 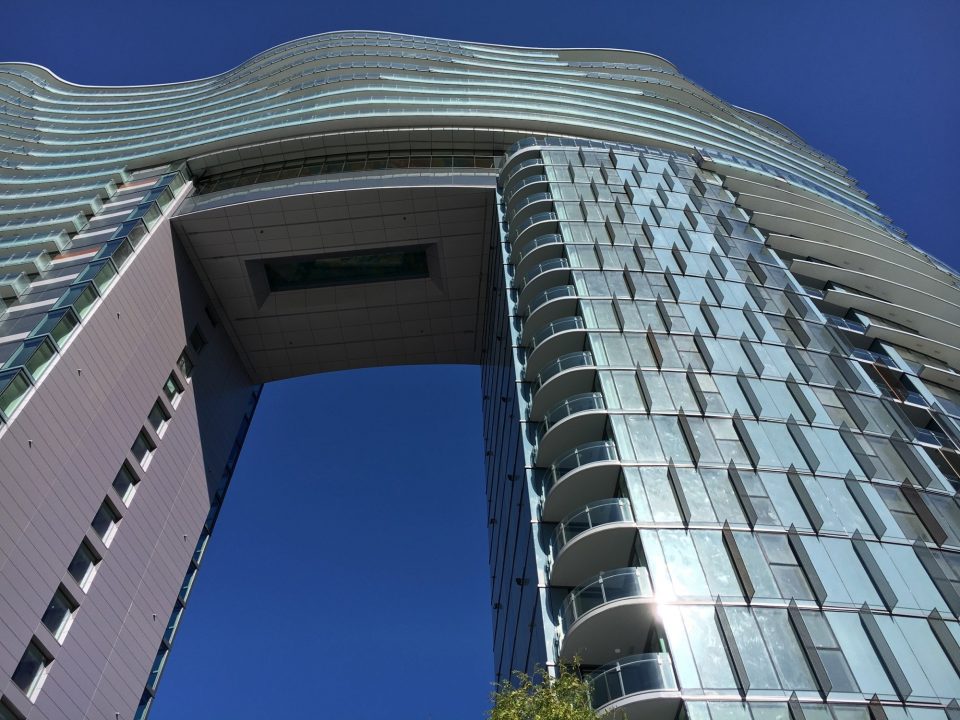 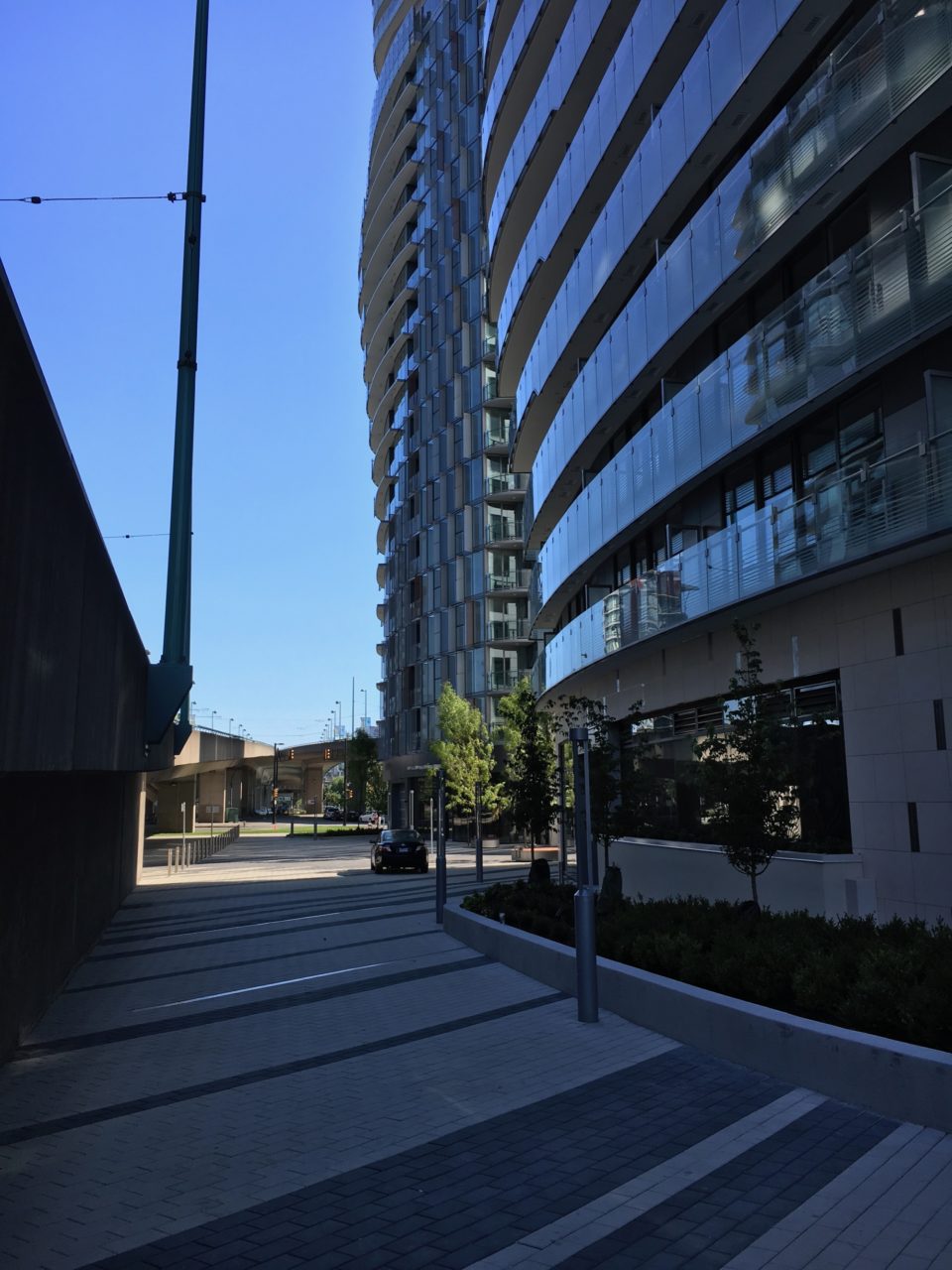 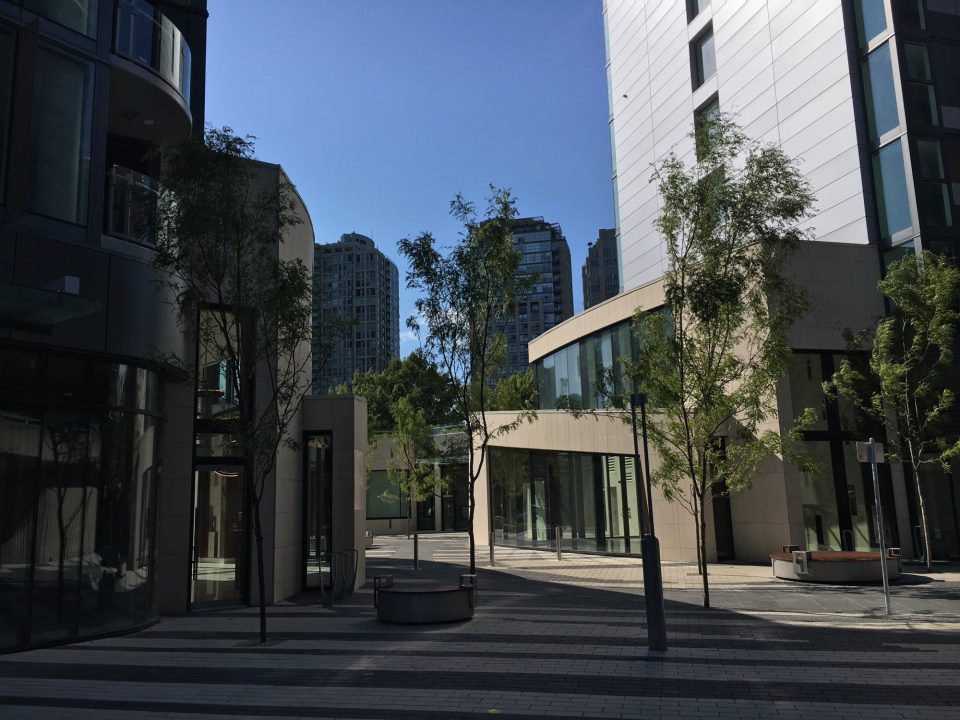 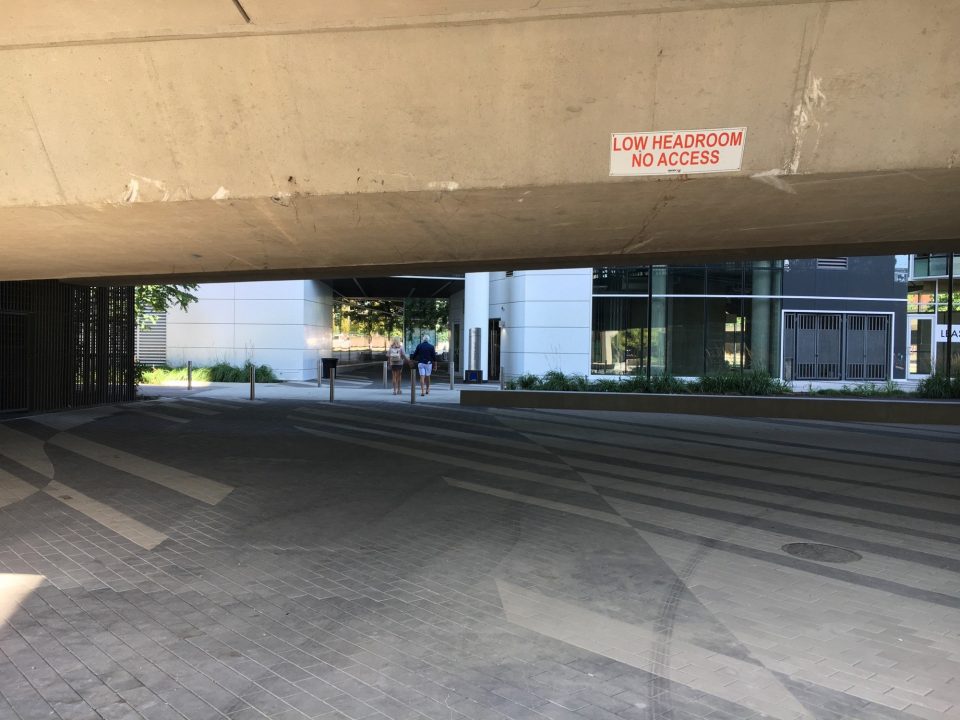 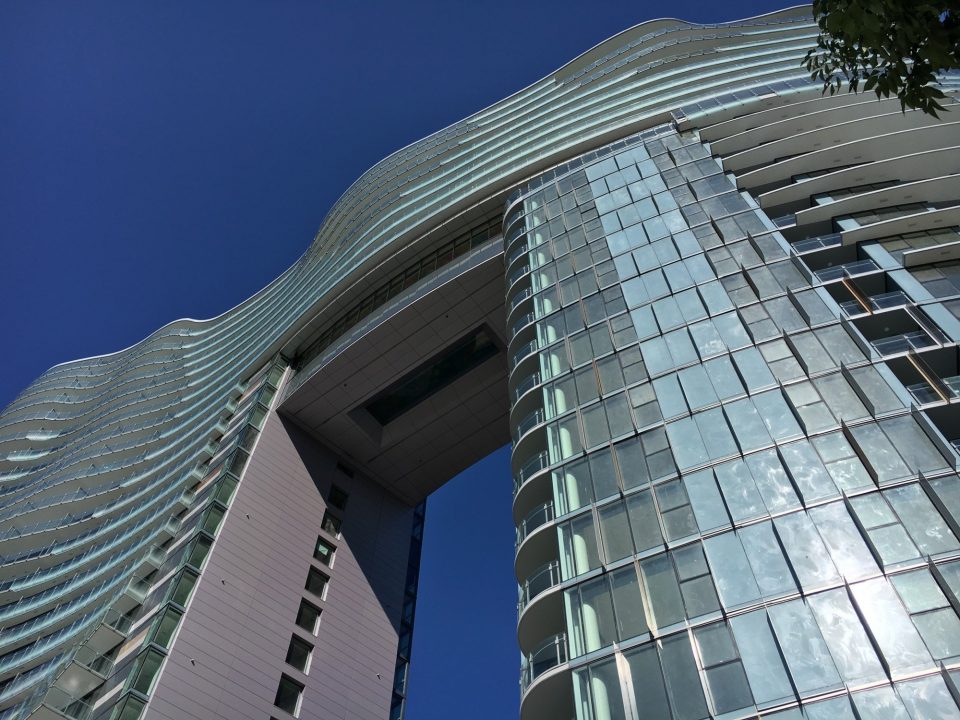 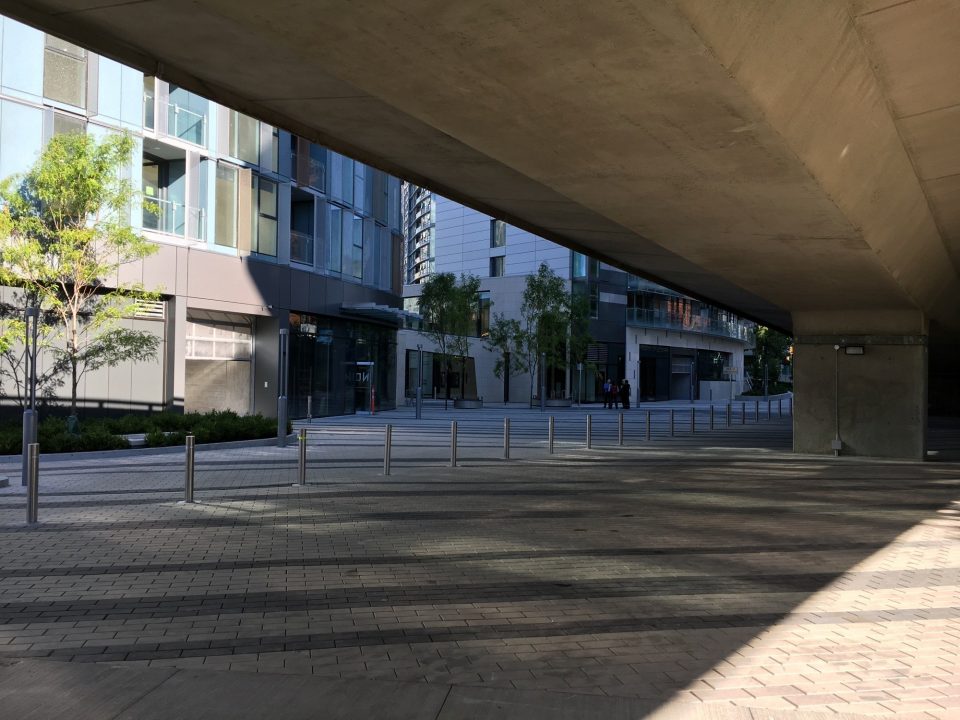 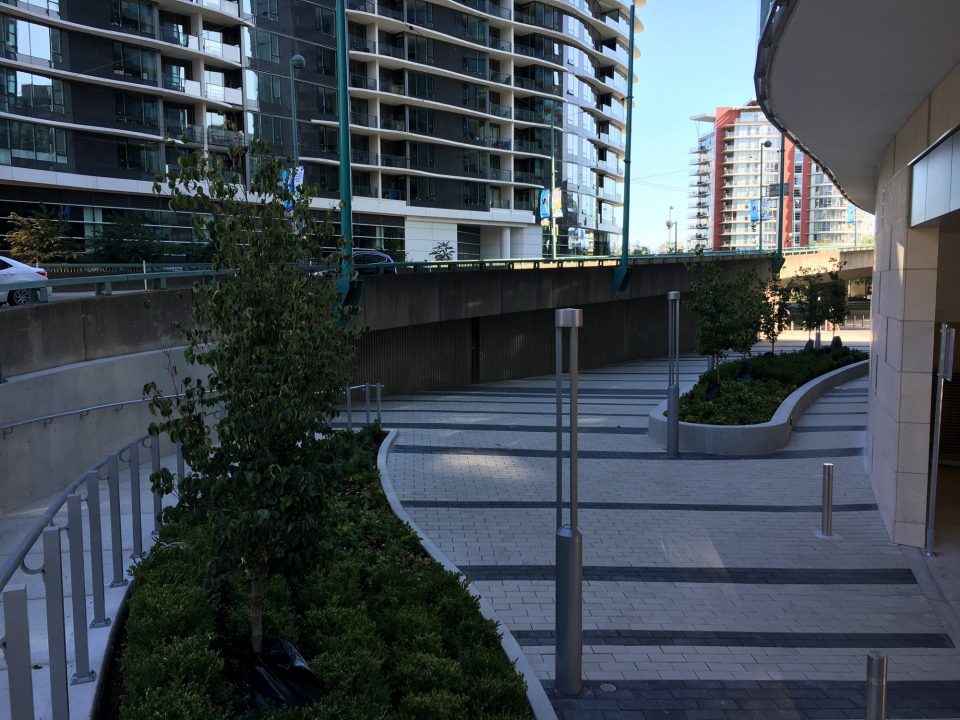 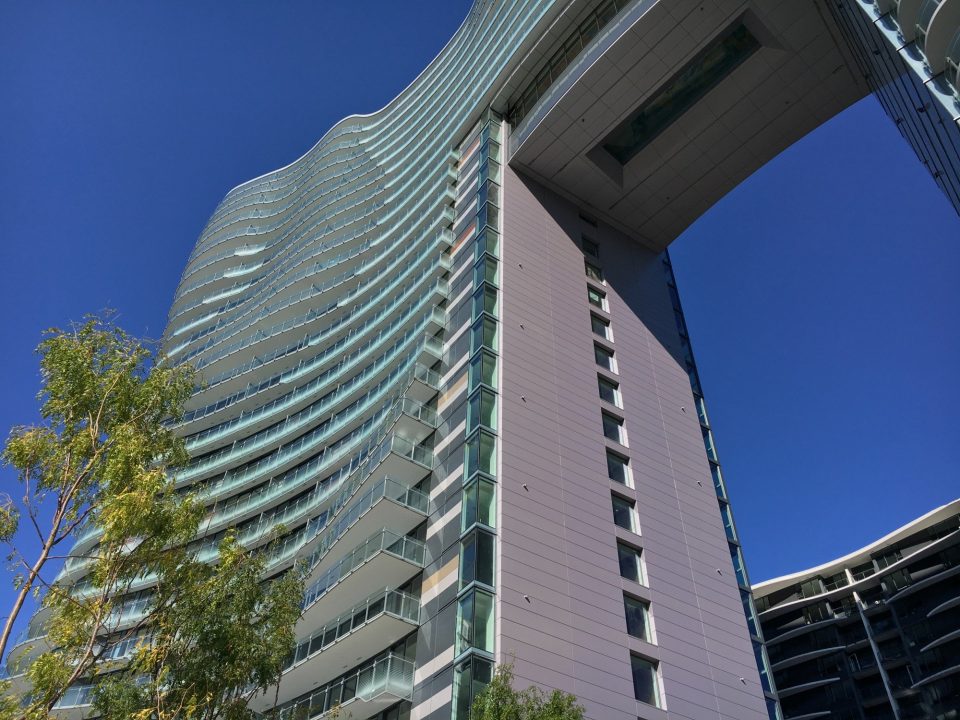 A new bike path has also opened, connecting cyclists from the corner of Pacific Blvd. and Nelson Street/Marinaside Crescent, passing under the Cambie Bridge, up to the corner of Smithe and Expo Blvd., where it connects with the Smithe Street bike lane.

Cyclists can now travel from the False Creek seawall via Marinaside Crescent, through the developments, and connect to the Smithe Street bike lane.

The Arc units for rent already popping up on Craigslist

Units are already popping up for rent on Craigslist, with prices between $2500-$3000 for the smaller one bedroom units, with parking included.

To be updated with all the latest news.

Peter Meiszner
Peter Meiszner is an experienced journalist and media relations professional, based in Vancouver. As founder of urbanYVR.com, he has been reporting on urban development across the Lower Mainland since 2016, and has also served as vice-chair of the Gastown Historic Area Planning Committee. In October 2022, he was elected to Vancouver city council and is no longer actively reporting for urbanYVR.

Fleetwood Orion: Over 1,000 homes, up to 42 storeys on Surrey-Langley SkyTrain extension

To be updated with all the latest news.

© Copyright 2022 - urbanYVR Media Inc. Renderings are property of associated developers and architecture firms, and we make every effort to credit appropriately. Please contact us if there's an issue or concern.