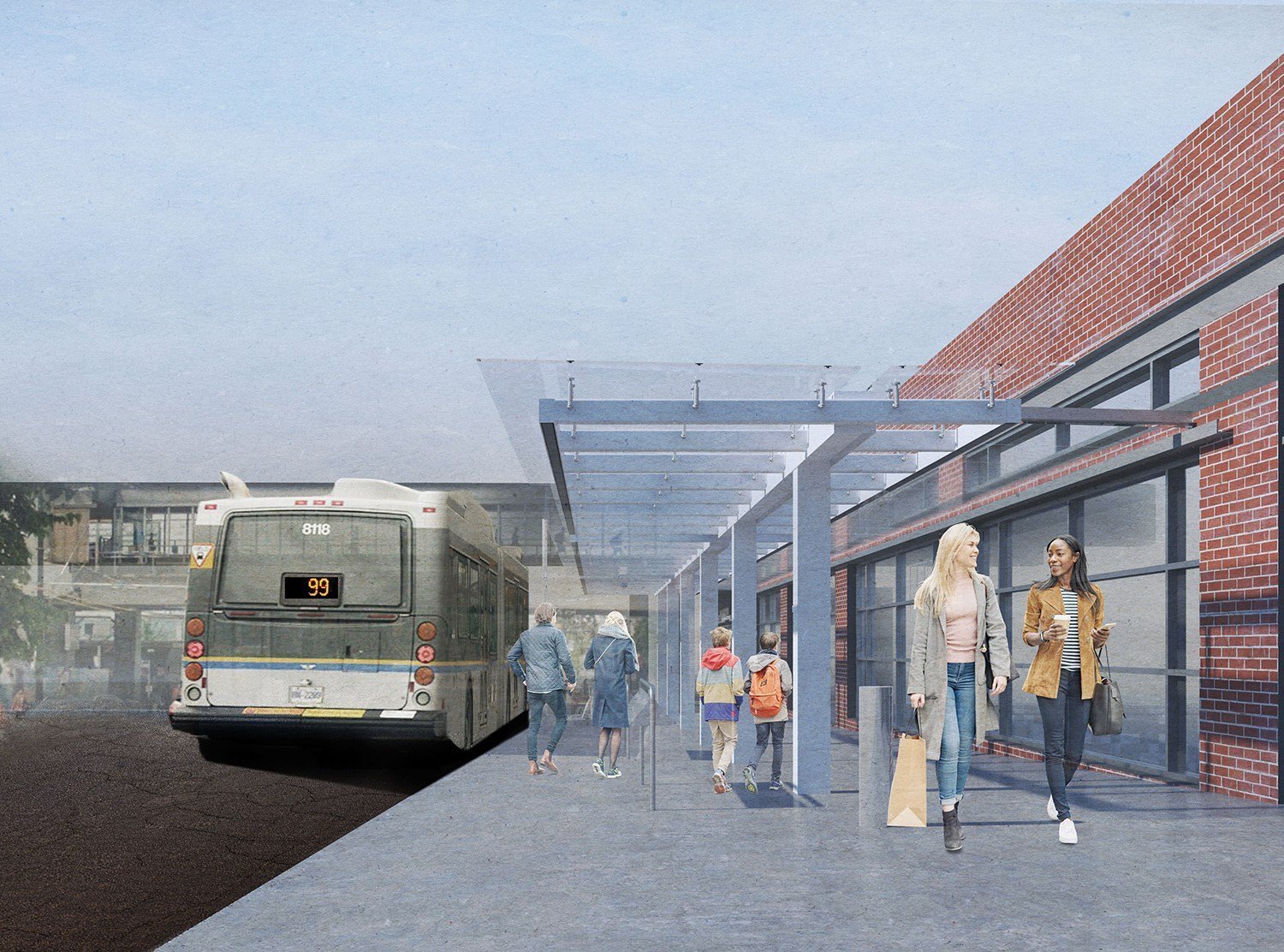 TransLink wants to make waiting for the 99 B-Line bus to UBC a little easier on Vancouver’s notoriously rainy days. Construction starts next week on a new bus shelter in front of the Shoppers Drug Mart on Broadway to shelter 99 B-Line passengers heading westbound. The large glass and steel bus shelter will provide weather […]

The City of Vancouver is planning to turn a southbound lane on the Cambie Street bridge into a protected bike lane, similar to the Dunsmuir viaduct. The city is calling the cycling improvements “interim,” and says further improvements will be considered in the future. There will be no changes to the northbound lanes heading into […]

The City of Vancouver has announced a round of consultation towards improving the travel experience along Georgia Street near Stanley Park. The new initiative, dubbed ‘Georgia Street Gateway West,’ involves the section of Georgia between Chilco and Nicola Streets, and aims to make the street more safe, enjoyable, and efficient for those using it.  This […]

Richmond is suddenly much closer to getting a new SkyTrain station. Thanks to the frenetic pace of housing development in the Capstan Village area near No. 3 Road, the City of Richmond announced last week that it is handing over $3.5 million to Translink to begin preliminary design of the new Capstan Station. The transit […] 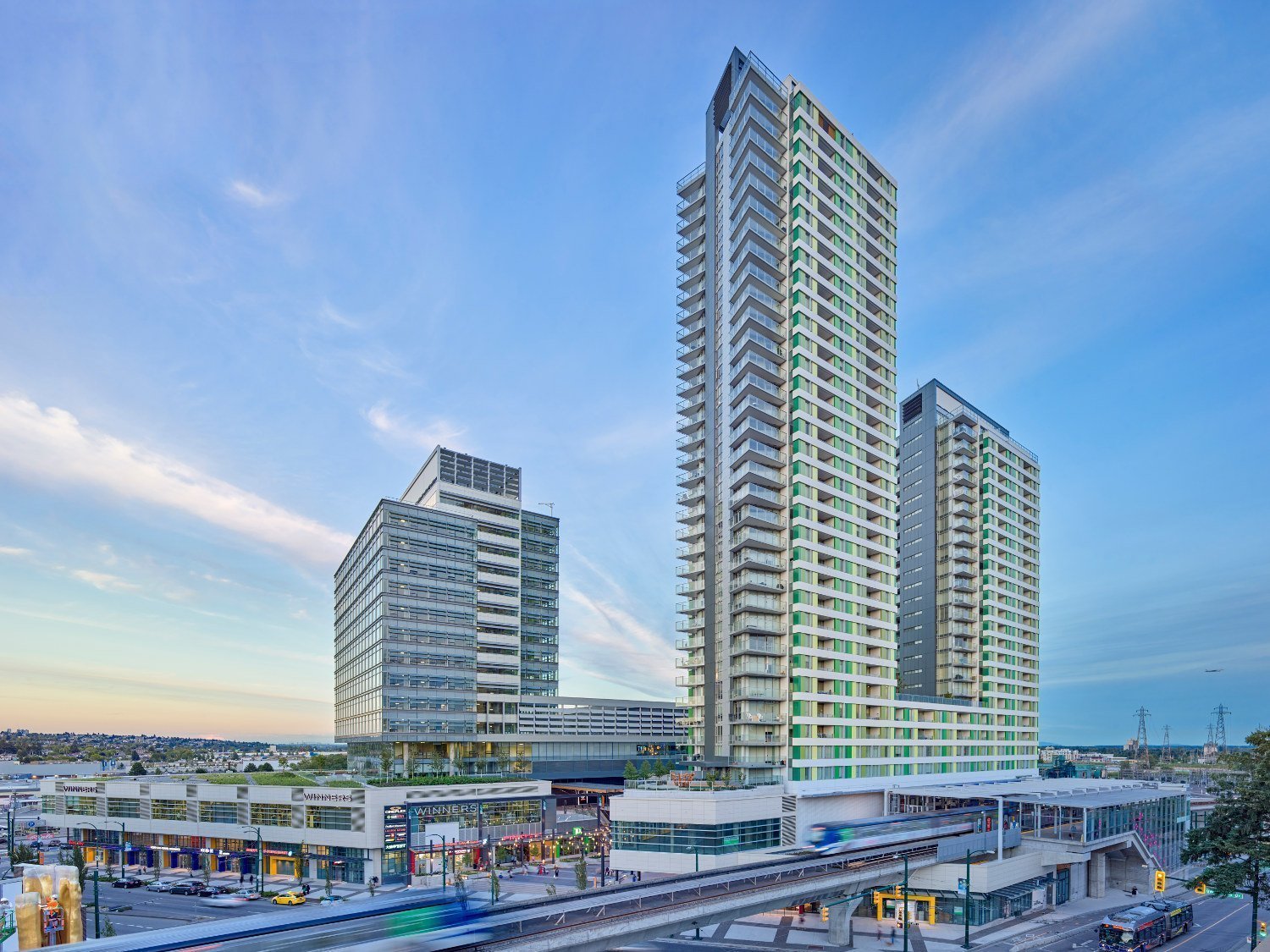 Vancouver’s first major transit-oriented development integrated with a Canada Line rapid transit station has won a prestigious award. Marine Gateway by PCI Developments was one of 13 developments worldwide selected by the Urban Land Institute for its 2017-2018 Global Award for Excellence. This is Marine Gateway’s seventh award in the last two years from local, […] 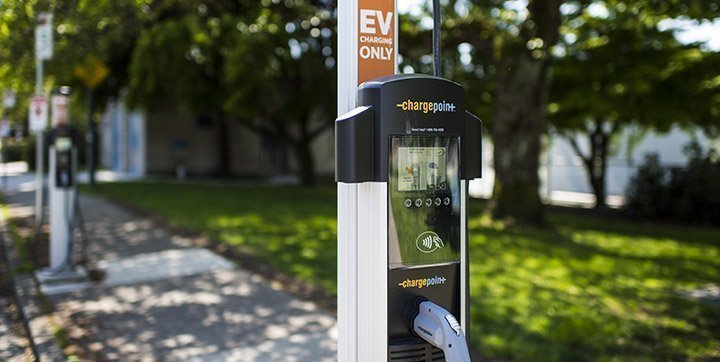 The City of Vancouver wants to make it easier for homeowners who don’t have space for an electric vehicle charging station to install one at curbside. The “Curbside Electric Vehicle Pilot Program” will allow 15 stations to be installed by interested homeowners around the city. If an EV changing station can already be accommodated on […] 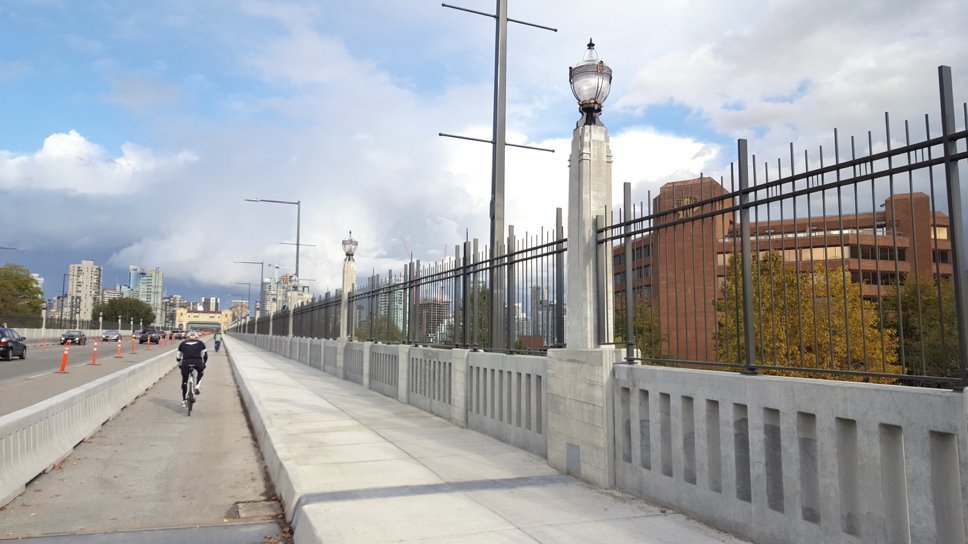 A $30 million roads, sewer, and bridge enhancement project by the City of Vancouver along the Burrard Street corridor is nearly complete. The project began in Spring 2016, and includes a wide range of improvements along Burrard Street from West 16 Avenue to Davie Street. While the most time-consuming piece of the project was the replacement […]

The City of Vancouver has begun consultation on the future of Gastown’s streets, exploring options which could include removing cars from Water Street. The city asking residents for their thoughts through the Talk Vancouver online community, and will also hold an engagement session on Saturday, October 21 at the Woodward’s Atrium. “We have an opportunity […]

Gastown’s faux-cobblestone streets have been crumbling for years, but it appears the City of Vancouver is gearing up to finally do something about it. The city says “planning for street upgrades in Gastown has begun, to explore the possibility of a pedestrian priority district, and enhanced cycling and transit connections.” Water Street could conceivably be […] 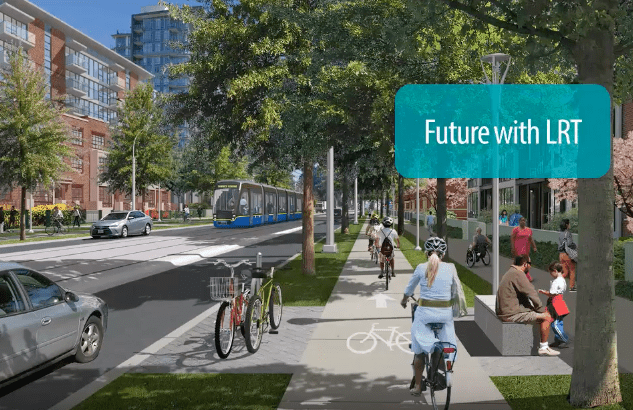 The City of Surrey has released a new video showing plans for the upcoming Newton-Guildford LRT line. The video says the planned 27 kilometres of LRT will transform neighbourhoods along the proposed routes into “connected, complete and livable communities.” Nineteen stops in total are proposed along the LRT routes, which will be constructed in two […]

There’s little doubt something needs to be done to ease traffic congestion through the George Massey Tunnel connecting Richmond and Delta. B.C.’s previous Liberal government had proposed a new, ten-lane toll bridge at a cost of $3.5 billion, but the project is opposed by all but one Metro Vancouver mayor — Delta Mayor Lois Jackson. Now […]

A demonstration ferry service called the Q to Q has launched in New Westminster, transporting passengers from Quayside to Queensborough in less than five minutes. The service officially opened this weekend and will run for the remainder of August and September, on weekends and holidays only. In August, the ferry will also run Friday evenings […]

Vancouver’s first public bike share service, Mobi by Shaw Go, marks its one year anniversary this week. 6,400 people have signed up as members of Mobi, and 400,000 rides covering one million kilometres were taken in the service’s first year. Mobi continues to expand, and set a new daily trip record on Canada Day, when […] 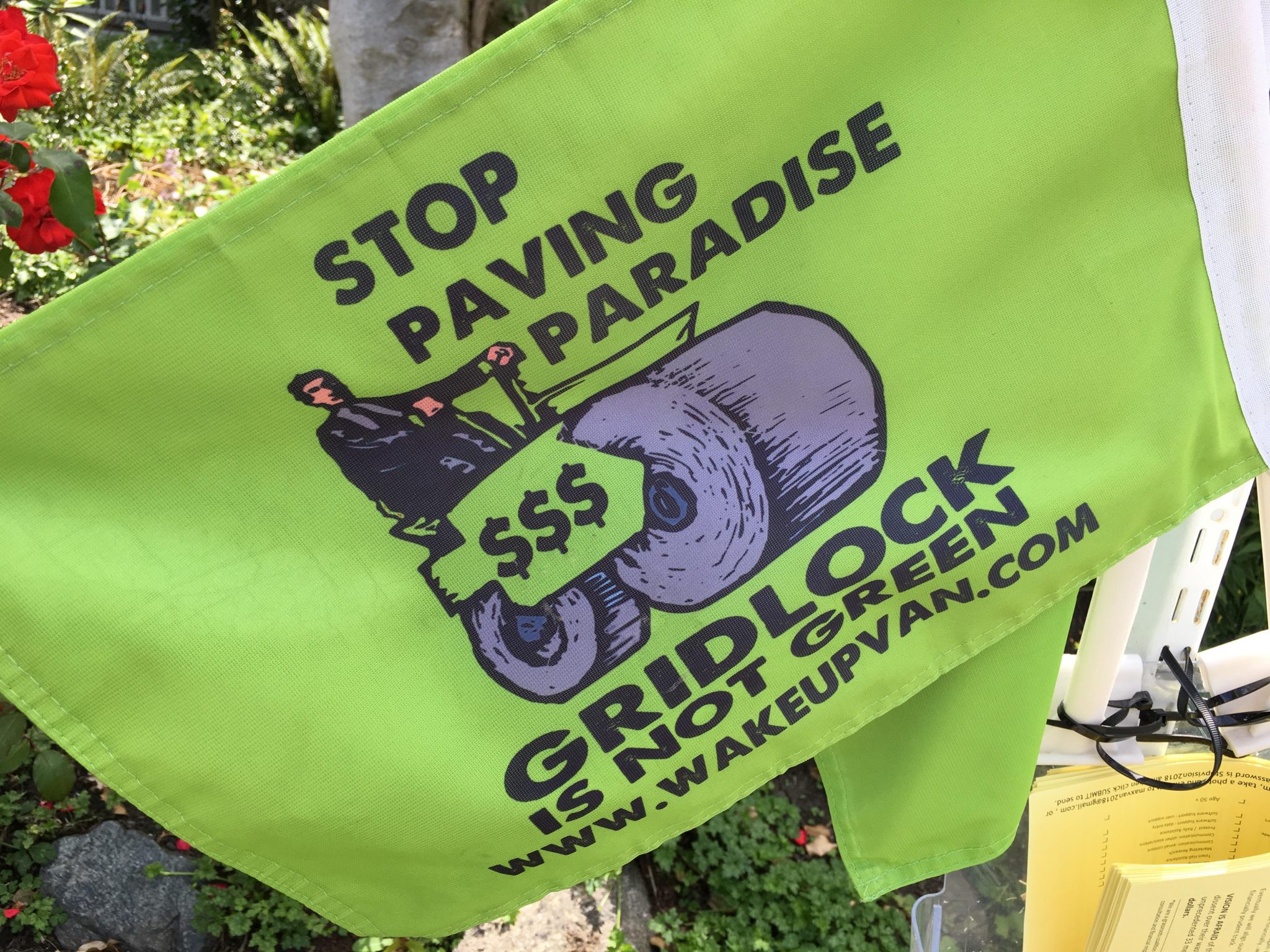 If City Hall told you they would repave the street in front of your home with brand-spanking new asphalt, rebuild the sidewalk, install brand new LED lighting and plant more street trees, would you fight it? Perhaps surprisingly, that’s what a vocal minority of residents along Point Grey Road on Vancouver’s west side continue to […]