An aging 11-storey apartment tower in the West End is about to get a major makeover. 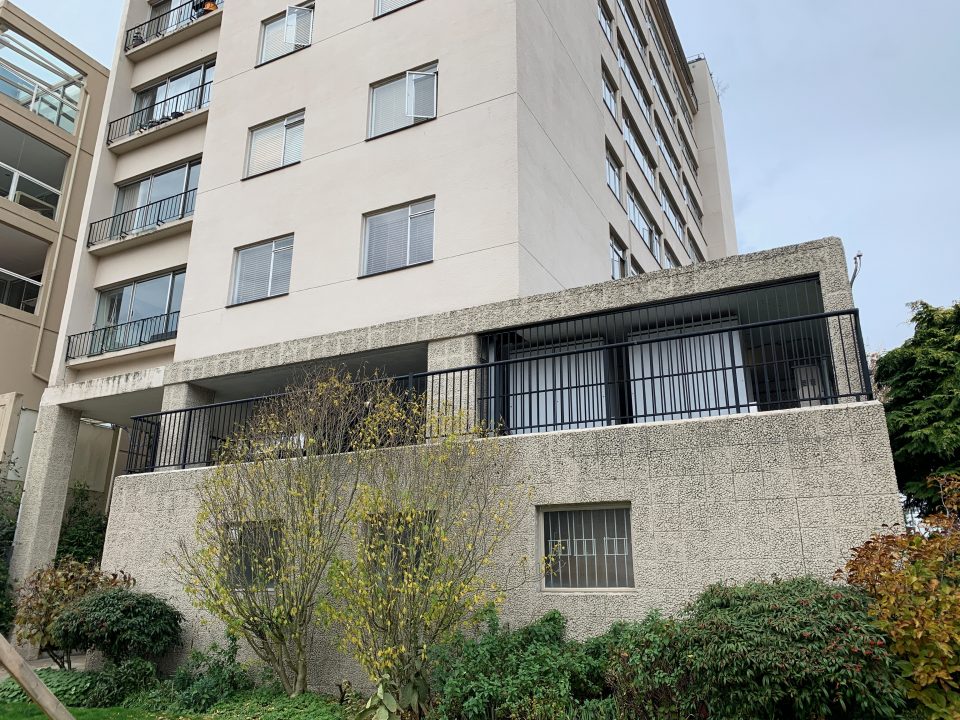 Stuart Howard Architects of Vancouver has been hired to bring the building into compliance with current seismic standards, as well as improving the look and livability of the property.

As part of extensive renovations, a distinctive structural exoskeleton in a circular pattern will be added to the southeast and northwest corners of the building.

Balconies and private outdoor spaces will be added for all units, as well as larger windows and increased glazing, to improve livability.

The building’s four penthouse level units will be consolidated into one, two-level penthouse unit. Three new units will be created on the main level to conform to the city’s “zero rate of change” policy.

A new interior/exterior amenity space will also be created for building residents, with new landscaping by PWL Partnership.

Three new levels of underground parking will also be added, with a below-grade, automated parking system and a total of 55 stalls.