The development permit for a controversial Kitsilano rental building has been filed, and it includes five additional units, which could further raise neigbourhood ire over the proposal.

The development permit for a surprisingly controversial Kitsilano rental building has been filed — and it includes five additional rental units, which could further raise the ire of neighbourhood residents.

The five-storey building is slated for 1805 Larch Street, on the former site of St. Mark’s Church, and includes 68 units, 14 of which will be rented under the Moderate Income Rental Housing Pilot Rezoning Program (MIRHPP). That’s five more units (one of which is MIRHPP) than were originally approved in the rezoning application process.

This could be significant, because the project faced stiff opposition from a small but vocal group of homeowners, who rallied against the rental building during the rezoning process, saying the project was like “dropping the ghetto in Kitsilano.”

The group also waged a lawn sign campaign against the project, with the non-sensical headline of “Affordable housing for people in Kitsilano” alongside a demand to stop the 1805 Larch Street project — which includes 14 units of Moderate Income Rental Housing for people earning between $30,000-$80,000 per year.

So are Kits residents offering up their homes below market? Just wondering how they are supporting affordability. pic.twitter.com/EVXShq97HR

As for the development itself, the design is by Metric Architecture for Jameson Development Corp.; a developer who currently has several other rental projects in the works across Vancouver, including a tower on the Denny’s West Broadway site, and a project near Broadway and Commercial.

In response to concerns from the neighbourhood about the scale of the Larch St. building, the upper floors have been setback “significantly” and the roof edges “slimmed down, to lighten the overall massing,” according to the architects.

The amenity room and its trellis and guardrails have also been moved to the centre of the building “keep any further appurtenance out of sight from the ground level.”

To help improve compatibility with the streetscape on West 2nd Avenue, individual stairs and entrance porticos to the Level 1 units have been added, mimicking a rowhouse feel.

The architect states outdoor lighting will be limited on the project “to respect proximity to neighbours and the residential quality of the surrounding.”

Address lights will be used on the ground level entry plinths for way-finding and ambience, and additional lighting will come off the building. 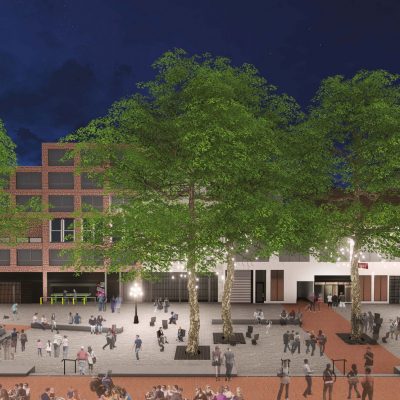 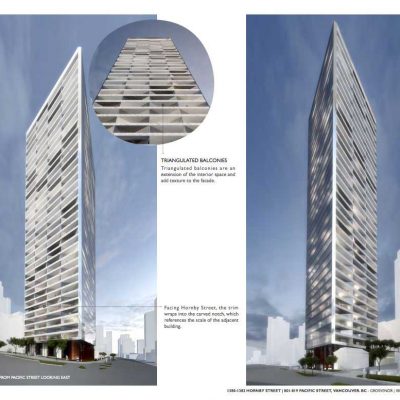 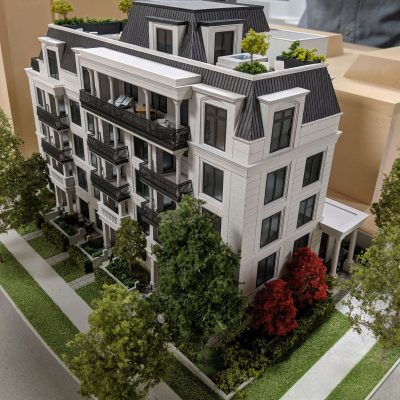 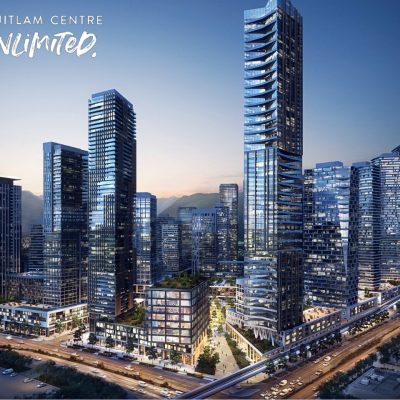 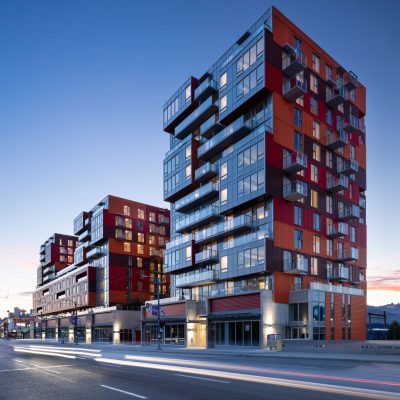 PHOTOS: Colourful Strathcona Village inspired by the Port of Vancouver