Amazon is moving into The Post in downtown Vancouver in a big way — announcing they have leased 100% of the office space, currently under construction and scheduled for completion in 2023.

The tech giant will occupy all 18 floors of the north tower, and all 17 floors of the south tower — becoming the development’s sole corporate tenant, occupying 1.13 million square feet of office space.

“The City of Vancouver is so excited to see Amazon creating an additional 3,000 well-paying jobs for people who want to work and live in our city. The fact that Amazon is doubling-down on our local economy highlights the strength of our tech sector and shows that Vancouver is where companies want to establish themselves and grow,” said Vancouver Mayor Kennedy Stewart in a statement.

The new Amazon Vancouver offices will sit atop 185,000 square feet of new retail space, including a 45,000 square feet Loblaws City Market grocery store; a food hall with 14 outlets; a high-end fitness studio; and two sit-down restaurants including a sports bar at the corner of West Georgia and Hamilton Street.

The West Georgia Street frontage will include a public plaza with integrated seating and landscaping, and showcase lighting of the façade, including the giant restored Canada Post crests on the exterior.

urbanYVR recently had the opportunity to tour the massive construction site, which employs hundreds of workers, and will undoubtedly transform the Crosstown neighbourhood. 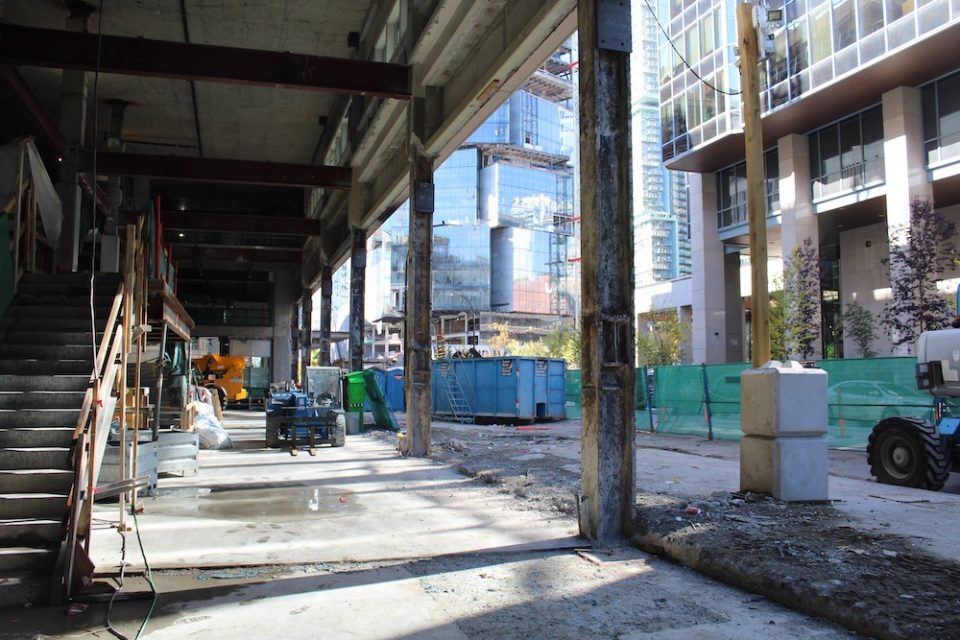 The redevelopment of the former Canada Post regional processing facility is one of the most ambitious heritage redevelopment projects in Canada’s history, according to developer QuadReal.