Amazon Canada will be the largest corporate office tenant in downtown Vancouver once two towers are occupied above The Post development.

QuadReal’s redevelopment of the former Canada Post building in downtown Vancouver is taking shape, with two office towers expected to begin rising shortly above the podium.

The two 21 and 22-storey office towers will be occupied by Amazon Canada, a major vote of confidence in B.C.’s tech sector. Once Amazon’s offices at The Post are occupied, the company will be the largest corporate tenant in downtown Vancouver with a total of 1.5 million square feet of space.

The tech giant already has office space at Bentall Centre (WeWork), The Exchange Building and TELUS Garden. Amazon will also be moving into the recently completed 402 Dunsmuir office building across the street from The Post.

The COVID-19 pandemic has many British Columbians working at home, and that’s expected to continue until there is more certainty around the virus, including contact tracing and widespread testing.

As a result, many companies downtown have decided to sublease their space, says Andre Alie Day, a commercial real estate broker and office leasing specialist with CBRE.

“Sublease inventory downtown has increased by over 300 per cent as companies seek to reduce unneeded space and test the market for interested parties,” he says. “It’s too early to predict what the balance will be moving forward as the thought leadership is evolving – but it’s safe to say there will be components of traditional office, flex office and work-from-home.”

Just before the pandemic hit, downtown Vancouver had the second tightest office vacancy rate in North America, at 2.2 per cent. Numbers like that, plus several recent major transactions in the downtown core, give Alie Day confidence in the resiliency of Vancouver’s office market.

“We have a record amount of office space under construction,” he says. “CBRE also recently brokered the sale of the Bentall Centre, our biggest office complex, to the largest private equity firm in the world and brokered the sale of The Landing (375 Water Street), Gastown’s most valuable office building, where the sale was closed during the pandemic, at no discount.”

Alie Day predicts continued expansion of the east side of the CBD with two upcoming office projects near The Post, 450 West Georgia by Austeville Properties and 720 Beatty Street by Westbank. Westbank’s other office development, the stacked boxes at 400 West Georgia, is already 100 per cent pre-leased to top-tier tenants including Apple, Deloitte, Spaces and Northeastern University.

67 per cent of all under construction office space in downtown Vancouver is already pre-leased.

He says even more space will be brought online if Holborn embarks on their redevelopment of the Hudson’s Bay parkade site, which is expected to include residential, retail and hotel space.

Alie Day adds that all of the projects benefit from great access to rapid transit (SkyTrain and the Canada Line) as well as surrounding retail and restaurants in a vibrant downtown core. 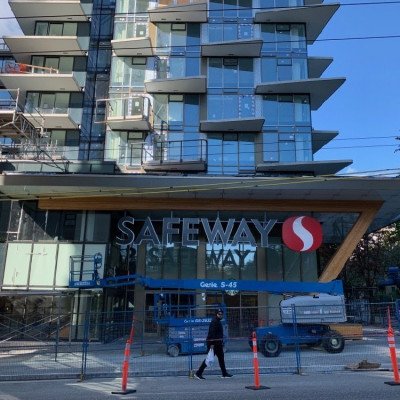 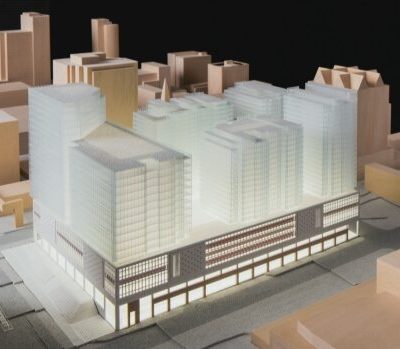 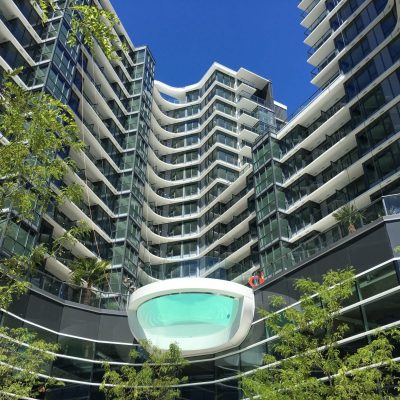 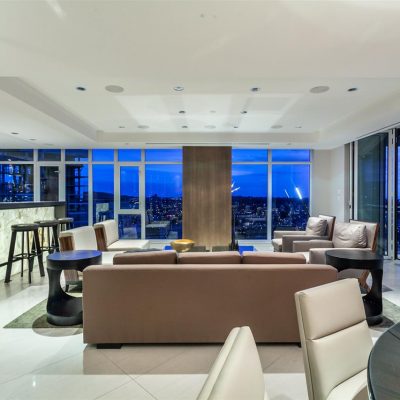 Yaletown sky home at The Mark an entertainer’s dream 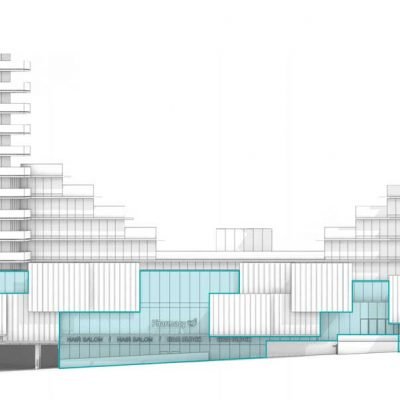