Designed by renowned German architect Ole Scheeren of Büro Ole Scheeren, in collaboration with Francl Architecture of Vancouver, the 42-storey tower will be constructed at 1515 West Georgia Street, adjacent to the 20-storey office building on the site.

The tower’s design features dramatic glass-enclosed, cantilevered homes, reminiscent of a Jenga block tower. It is Büro Ole Scheeren’s first residential building in North America, and the first in the world where the firm designed both the interiors and the exterior.

The design aims to reconnect architecture and living spaces with our natural and urban environment.

“[The architect’s] aim was to break apart the verticality of the tower, to project and fold elements out horizontally, and to make a clear connection between the natural environment and one’s personal space,” states a press release issued by the developers.

The development is a partnership between Bosa Properties and Kingswood Properties.

“Fifteen Fifteen is a culmination of so many of the lessons we have learned over our 50-year history. We were immediately drawn to Ole as he shares our vision to truly deliver on precision-driven architecture,” said Colin Bosa, CEO of Bosa Properties.

“We have partnered with one of the world’s most celebrated architects and a curated team of world class collaborators to set a new standard of luxury in Vancouver,” said Lorne Segal, founder and president at Kingswood Properties. “This is a project I am really proud to be bringing to life as it meets my philosophy of quality over quantity.”

Bosa says many in the development industry will be watching the launch of Fifteen Fifteen closely, as it will be the first high-end residential tower to be launched in downtown Vancouver in more than three years.

“We think there is some pent up demand for the product, and we believe the majority of our buyers will be local,” he says. “If you look at the pandemic, people are thinking about home a lot more and where and how they want to live, and we are seeing that across our portfolio, in all the buildings we are selling.”

Fifteen Fifteen will contain 202 homes, including studios, one, two and three-bedroom homes, ranging from $900,000 to $18 million.

Residents will enjoy an amenity space with spectacular views, as opposed to a typical amenity room on the lower floors of a tower.

“The horizontal elements of the cantilever units projected out from the building, allows residents to experience their surroundings in a different way,” says Bosa. “We took a double-height cantilever on the 29th and 30th floor and made that an amenity space so everyone can experience this.”

urbanYVR was granted an exclusive tour of the new presentation centre, located on the upper levels of the 1500 West Georgia office tower, also owned by Bosa Properties.

The 18 Observatory Residences are located on the mid and upper floors and feature cantilevered living spaces. The tower’s four penthouses will be three storeys and feature numerous balconies.

Presales will begin later this month, with construction expected to complete in 2027.

Amenities at Fifteen Fifteen will include a 24-hour auto valet and concierge, fitness centre and yoga room, and a 29th and 30th floor residents’ lounge with 270 degree views. The development is targeting LEED Gold certification.

Bosa says the neighbourhood is interesting as it acts as a transition from the urban environment to Stanley Park.

“When you look at the properties that will be developed in the area over the next five years, there are a lot of developers pushing the envelope in terms of design,” he says. “It’s not about just adding a lot of flair to buildings to just do something different.”

As part of the Vancouver Mural Festival, Bosa and Kingswood commissioned a 9,500 square feet mural at the plaza on the future site of Fifteen Fifteen. The artist, Drew Young, who is also the current curator and artistic director for the Vancouver Mural Festival, aimed to capture the balance between urban living and nature in the neighbourhood. Portions of the mural are submerged under the 1500 West Georgia water feature. 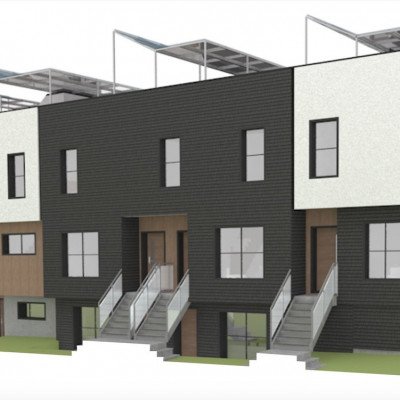 Terraces at the Peak condos latest addition to SFU UniverCity 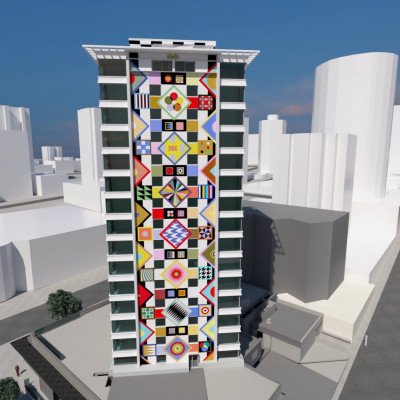 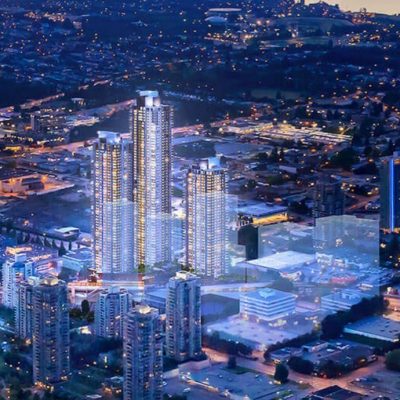 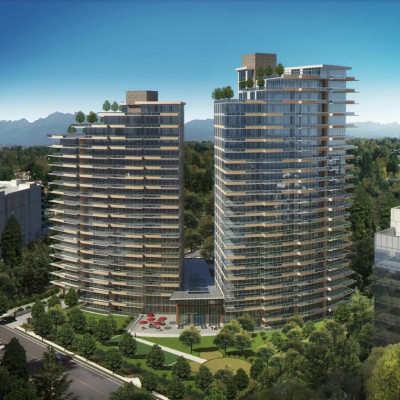 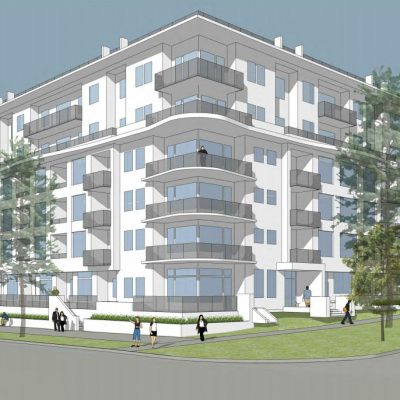 “Most haunted house in Vancouver” to be replaced by condo project